Why You Shouldn’t Feed The Birds At The Beach 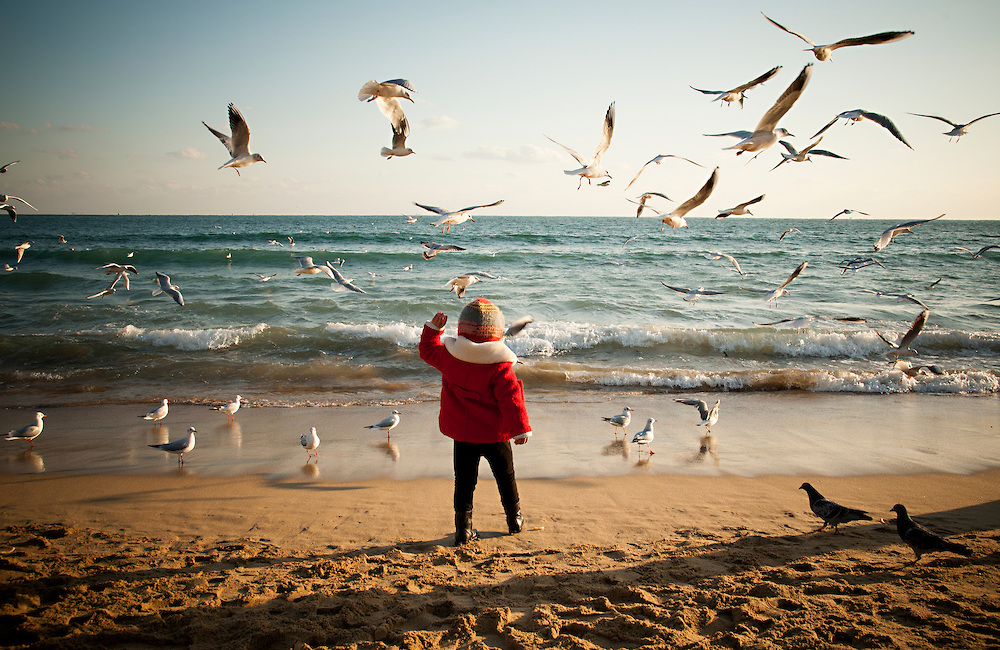 It’s summer, the sun is shining and the birds are singing…well actually, they are doing more than just singing.

Chances are, that if you are eating at the beach, there is a cheeky gull edging into view, angling after your leftover sarnie.

And so you flick it at the feathered beggar, probably laughing.  After all, why not?

Innocent seaside childhood pleasures have always included throwing your leftover ice cream cornet to the seagulls, or allowing the seabirds to come and dine on the remnants of your beach picnic, haven’t they – so where’s the harm?

For example, here is a sea gull being a sea gull, and eating an entire hot dog in one swallow.

By now you can probably hear the build-up of menacing music straight out of ‘Jaws’ or more likely, a Hitchcock film.

Because yes, increasingly, the advice that is coming from many municipalities, as well as bird conservation groups is : don’t feed the birds at the seaside this summer…or else!

Ok To Feed A Beach Bird A Bagel?  Wrong…BANNED!

In some areas of the world, feeding the birds is actually banned.

Whether it is the pigeon feeding ban in London’s Trafalgar Square, or an actual seagull feeding ban in operation in some parts of the U.S., it seems that people are being asked and even forcibly told, not to feed the birds outside of their backyards.

In fact, in one case in England, a pensioner has been issued with an ASBO (restraining order), to stop feeding the birds in her own garden!

Why is this seemingly harmless practice being so increasingly frowned upon, and even clamped down on by the law?

Does it really hurt to feed the seagulls, or other types of seabirds at the beach this summer?

Well, apparently the answer is yes.  Here’s a selection of very good reasons why you shouldn’t actively feed the birds at the seaside – and other locations – this year.

It can lead to a congregation of a large number of birds, in urban areas and coastal towns, that cannot adequately support that large population.

Maybe this should not come as a surprise to learn, but human foods, particularly the types of food that are regularly discarded, and fed to seagulls and the like, are not good for the birds!

After all, human beings aren’t even supposed to eat most of that crap!

Imagine being a seagull or pigeon that has only ever eaten McDonald’s supersizes?  If this was a child, the parents would probably get picked up by social services for allowing it to happen.

Malnourishment can result from a diet that is not what nature intended.

In the case of ducks eating our edibles, they can get something called ‘angel wing’ which results in a deformity of the wing, preventing the duck from being able to fly.

This is linked to a diet high in processed white bread.  If you really must feed ducks, it’s better to give them something healthy, which for ducks, means frozen peas, corn and oats.

Although if you carry on reading this, you will probably discover that it is better not to feed the ducks – or any aquatic bird – at all.

Disease can also occur because of the pollution caused by people throwing bits of bread into ponds, and canals, and other waterways, where ducks congregate.

In extreme cases, the pollution can lead to Duck Plague (which is a real thing!), as well as other horrifying diseases to blight the local mallard population.

And you don’t want Duck Plague on your conscience, do you?  So leave the Hovis at home!

Well, if the horrors of waterborne diseases on the local wildfowl weren’t enough, there is also simply the fact that bird feeders contribute to the littering of beauty spots, including beaches and shores.

Food that’s not eaten by birds probably will be eaten by rats…or insects.

Plastic food wrappings can get caught in the flora and fauna, and probably aren’t doing your favorite stretch of coastline any favors.

Birds will literally consume anything we leave unattended.  Sometimes we are to blame, randomly littering as we please.

This is before you even start to think about the public health hazard that bird feces in concentrated areas, especially close to food outlets, can cause.

Just like people, if the ducks and gulls know a nice tasty free dinner is going to result from begging, they are going to look as urchin-like as possible.

Imagine your favorite takeaway giving away free pizzas and burgers…forever!  No wonder they all congregate wherever there are humans willing to feed them.

Some humans, like this wanker, even go as far as trying to “pay back” all of pigeon-kind, by feeding a large group of pigeons bags of bread laced with laxative powder, just because a pigeon once pooped on him.

Not only is this mean, but it is also unhealthy for the poor pigeons, eating all of that Wonder Bread!

Unlike humans, birds don’t know what they are eating is bad for them…and let’s face it, even when we do know that second kebab isn’t going to be good for us, we still eat it anyway.

Not only does this junk food lead to illness and other associated conditions, including reproductive problems, it also leads to a greater dependence on humans.

Because the food they are receiving is of such low nutritional value, they ironically need to seek out more of it, to get enough nutrients in their systems.

This means that they are looking for more free food in all the wrong places!

Once they are dependent on people for handouts, some species can become a social problem, losing their fear of humans, and even becoming a menace.

Yes, in scenes reminiscent of Hitchcock, the feeding of birds, namely seabirds, and in particular that delinquent of the avian world, the seagull, can actually become a public order situation.

Gulls can become extremely aggressive in packs, terrorizing children, dogs and even, in Cornwall England, last year, pecking an unfortunate tortoise to death.

In fact, unlucky pets are not the only victims, as recently antisocial seagulls have been banding together to attack in packs, targeting lone women!

In another story from England, it is thought that these miscreants are actually distinguishing between men and women, and realizing that a lone woman is more vulnerable than a lone man, and more likely to drop their sandwich when being pecked at.

The rest of the pack then swoop down on the poor lady’s lost lunch.

So, even people not intending to feed the birds, have now been innocently molested, simply going about their business, on their lunch hour.

Apparently, if you are in the vicinity of one of these crack seagull assault squads, using an umbrella is a good way of getting them off your back (literally).  Increasingly, with these rogues about, it is simply best not to eat on the beach!

This situation is not fair to anyone.  To put this simply, feeding the birds, especially seagulls –at the beach, or ponds and lakes – is to perpetuate the cycle of birds becoming not only dependent on people, but for them to lose their fear of us.

They simply see us as walking food dispensers, and don’t see the difference between being offered food, and dive bombing tourists and beach goers until they get it.

So, if you don’t want to lose your lunch this summer, never mind find yourself quivering under your beach brolly in fear a la Tippi Hedren, a word of advice – don’t feed the birds.

Next post: The World Goes Wild For These City Beaches – Barcelona, Spain