What Is Seaweed and What Is It Used For? 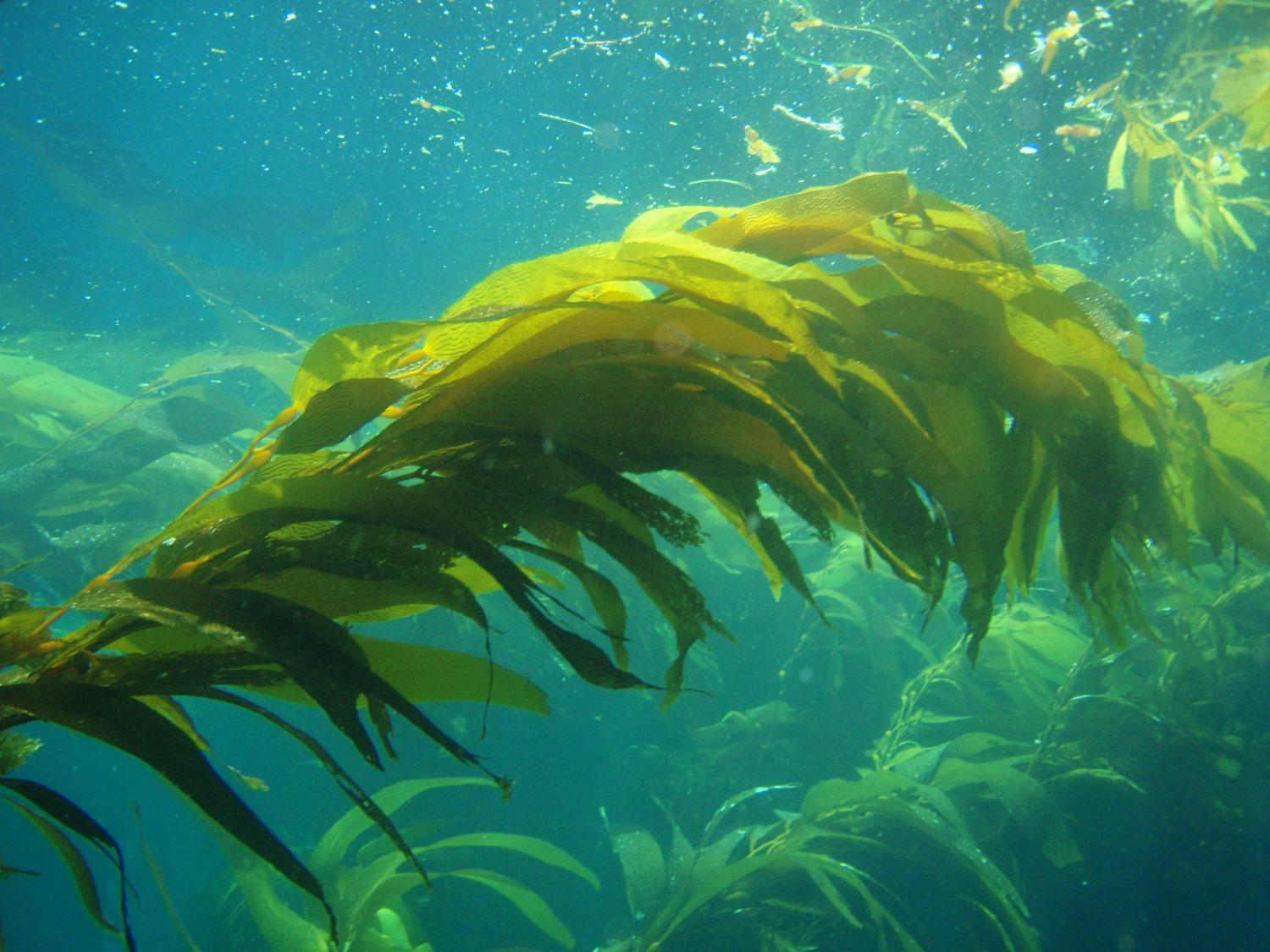 Whoever has spent time in open waters knows the dreadful feeling of when seaweed touches your feet, or the absolute horror when it actually wraps around your toes or ankle.

But have you ever thought, as the seaweed lovingly caresses your thigh, “What is seaweed?”

Well, for starters, it is usually long, slimy, and feels like someone or something is touching and pulling you in from underneath.

It is not rare for seaweed to be confused with water snakes, small fish, and other marine creatures, when in reality, we are dealing with simply good old fashioned water plants.

Let’s face it, we don’t have a realistic reason to be afraid of it, as it is a simple multicellular organism that means us no harm,

Still, what seaweed can do is tangle up any inexperienced swimmer who accidentally encounters it

Anyone who swims regularly knows that your psyche has to be strong (ie. stay calm) when your body is under stress and in deeper waters.

Even near the shore it can cause trouble. (see below)

So, what is this touchy-feely thing called seaweed exactly?

Take a look at this!

We can’t stress enough ‘’visible to naked eye’’ part because in our aquatic ecosystem, algae can come in “not visible to the naked eye” forms as well, but then those are not seaweed, one should note.

Importance seaweed has in our eco system is huge. You might think of it as a nuisance, but it is everything BUT that.

Seaweed, together with planktons that come from our big blue ocean actually produce 90 percent of our entire earth oxygen because they capture carbon.

Together they also filtrate the waters, because of its large affinity for nutrients.

Besides producing a vital chemical element without which we would most probably not be alive, seaweed is vitally important for marine life, as it offers a refuge for fishes and other marine creatures.

Seaweed is also a constant food source for them, basically something like a water fridge for fishes, and it also offers protection to them and their food!

Quite a number of fish species hide in seaweed when they lay their eggs, making start of life for the baby fish a little less dramatic.

After all, if you’re a baby fish, it does help it to be tucked in these thick, billowing water plants and far away from the sharp eye, but not the only eye, of possible sea and non-sea predators.

Healthy Dietary Choice For All – Seaweed!

Fish are not the only species under the sea that eats seaweed.  Lots of underwater creatures do, including crabs, sea urchins, turtles, lobster, crustaceans, jellyfish, crayfish, and many more!

Seaweed is a healthy addition to human diet as well.  Actually, in some places, it is a big part of the main food supply.

In places such as Asia, for example, from south to east you can find people from various nations and cultures of present and past have incorporated seaweed into their nourishment.

You have probably heard of famous Asian soups, sushi wraps, and rice balls that would not be what they are without dried up Porphyra seaweed!

Usage of seaweed is not limited only to Asia, it is popular food supply in Africa and Europe also.

Preparation of our favorite dishes obviously varies, but one thing is the same, which is the amazing taste and impact it has on tradition of the people who use it.

It is important to note that some of the important and widely used food additives are made from red algae. Their physical properties are exploited big time, such as their water-retention, gelling and so on.

Meat and dessert industry for example would not be the same without agar, a substance that is similar to jelly but that we get from algae, or Carrageenan, that is also used in meat industry as preservation and is great vegan alternative to gelatin.

We hope we have made it very clear that seaweed is important part of human diet and that next time it wraps around your feet, if you know what type it is, maybe you can even nibble your way out.

Like mushrooms, however, you don’t to suddenly just eating random seaweed.  But, on the other hand, if you’ve done some research, there’s a fair chance that the seaweed you’re tangled up in is edible.  Just food for thought, basically.

Another thing you can use it for is medication and dieting.

Seaweed has been crucial part in medicine and medical research and also can be of great help if you wish to lose a pound or two.

For example production of dental molds would not be the same without alginates, polysaccharide distributed in the cells of brown algae that when binds with water creates gum like product.

Alginates are also used for wound dressing, mostly used on those wounds that have large amount of fluid exuding, when in contact with fluid alginates form a gel like surface with strong absorbent power.

The cosmetic industry is also unimaginable without alginates and it is used even in the textile industry.

There are few more things you can use the supposedly pesky seaweed for… like for example you can use it as fertilizer, or you can use rotting seaweed (its gas, at least), to make someone’s day a little less pleasant as it is known that if person is poisoned by it might vomit and have diarrhea.  Yikes!

There are some seaweeds, such as stinging seaweed that have similar effect on skin such as touching nettle, with a burning unpleasant sensation.

We don’t recommend you actually sting someone with stinging seaweed (or nettle) or expose them to it toxic gases of rotting seaweed, we just think it is good for you to know that despite seaweed having so many good qualities and its broad usage in our diet, medicine and production of other products, you should still be careful with it as it can cause you harm (sometimes serious harm) in some cases.

There is also talk out there of seaweed ruining beaches.  Watch this video below of seaweed supposedly destroying some beaches in the Carribean.

It is worth noting that seaweed is not what you might call intelligent or malevolent, and it does not decide on its own to come and ruin your beach fun time.

The reason that seaweed behaves like this is environmental in nature, and something we will explore deeper in another article.  Stay tuned for that.

We are sure that our beach babies will appreciate seaweed you see it next time (if you didn’t already).

We are not saying it will be less scary or gross experience before you realize that what is caressing your skin is a long, gooey weed, but you will appreciate its existence a bit better, now that you know of its important role for our entire eco system and modern lifestyles.