What is Lipolysis & How Does it Happen? 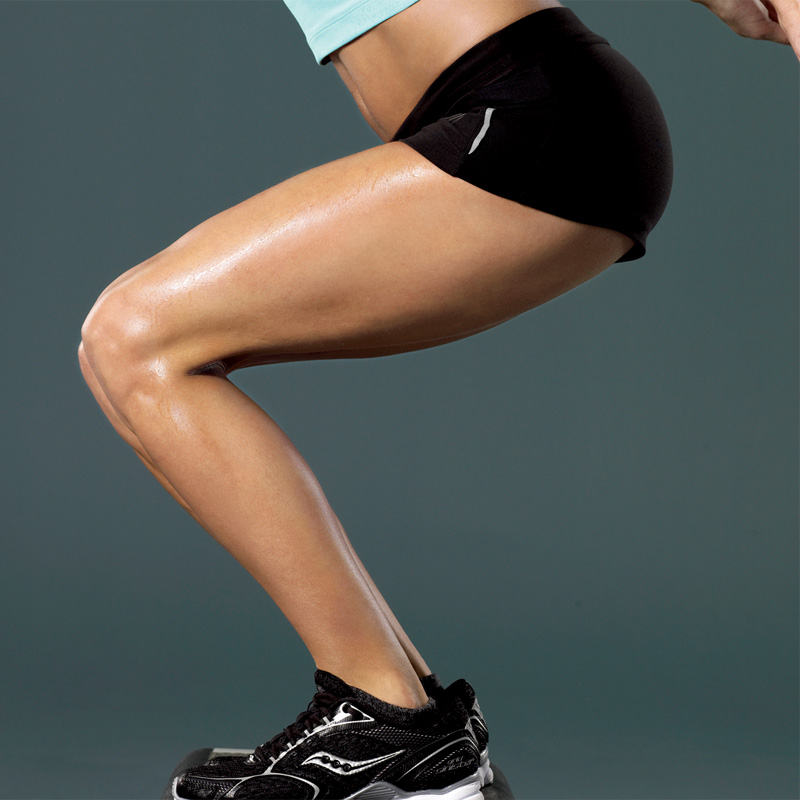 Years ago, people believed that a person was stuck with a set amount of fat cells from birth, and that they couldn’t remove those fat cells from the body.

This isn’t the case at all. The fat cells in your body are active, and can be metabolized for energy. 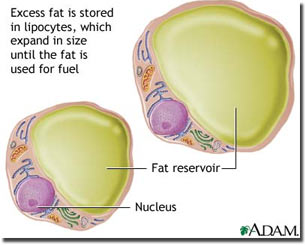 When you’re trying to lose weight, you are concentrating on removing fat cells from the body.

While you do this with a deficit of calories, it’s important to understand what the body is doing during fat loss to make the process successful.

Before we can dive into the process of lipolysis, we should understand a bit more about how and where fat cells are stored.

If you ask most people where their fat is stored, they’ll grab a part of their body and give it a pinch. 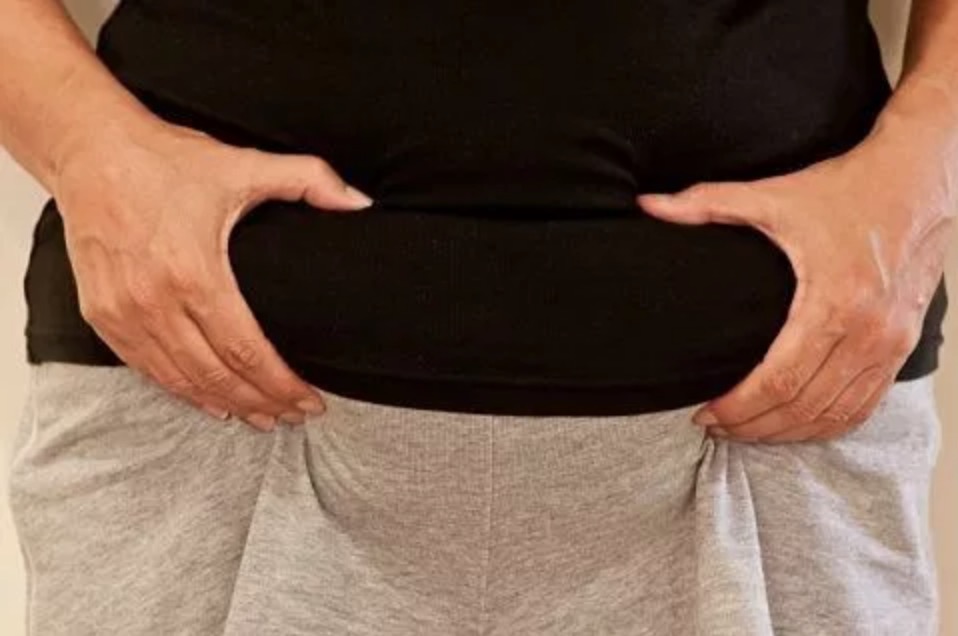 This is definitely where some fat is stored, but there are other locations on the body that are not visible.

Body fat is stored inside a special cell known as the white adipose tissue. 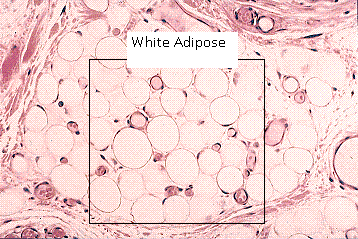 In this article we will cover the main topics that will help you understand the process of lipolysis and what is happening in your body.

Lipolysis is the breakdown of fat stored in fat cells in order to obtain energy. 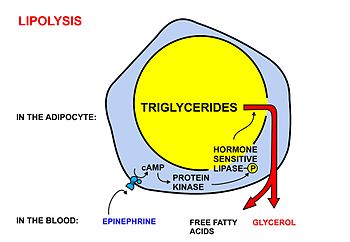 When you need more energy (due to exercise, for example) or your glucose levels drop (due to fasting), the hormones that control lipolysis begin to rise in order to break down fat to give you more energy.

When the fat cells, or triglycerides, are broken down, they are turned into their two main components: glycerol and fatty acids.

Those free fatty acids are released into the bloodstream and become available for cellular uptake. They are also transported to any tissues in the body that require energy by binding to albumin.

When glucose levels are low, the body will convert triglycerides into fatty acids which are used for energy.

During each step in the lipolysis process, one fatty acid is removed.

Three different enzymes in the body (ATGL, HSL and MGL) catalyze the hydrolysis of the three fatty acids.

What is Insulin’s Role in Lipolysis?

Insulin is a key element in the lipolysis process, but it must be at a level that encourages weight loss.

The pancreas releases insulin as a response to rising glucose levels in the blood. Your glucose levels rise when you eat food, especially carbohydrates and protein. 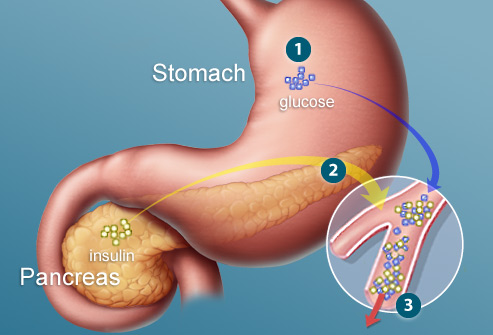 In contrast, when you fast, your glucose levels drop, as does the production of insulin.

Insulin is used to clean glucose out of the blood, which therefore lowers the blood sugar level. The glucose is then used by fat, liver and muscle tissues.

When the glucose in the blood is overwhelming, the muscles and organs stop listening to insulin.

They effectively close their doors to glucose, which causes the glucose to head directly for the fat cells.

Insulin will also cause the uptake of fatty acid molecules back into their triglyceride form (aka fat cells), in a process known as lipogenesis. This is the opposite of lipolysis. 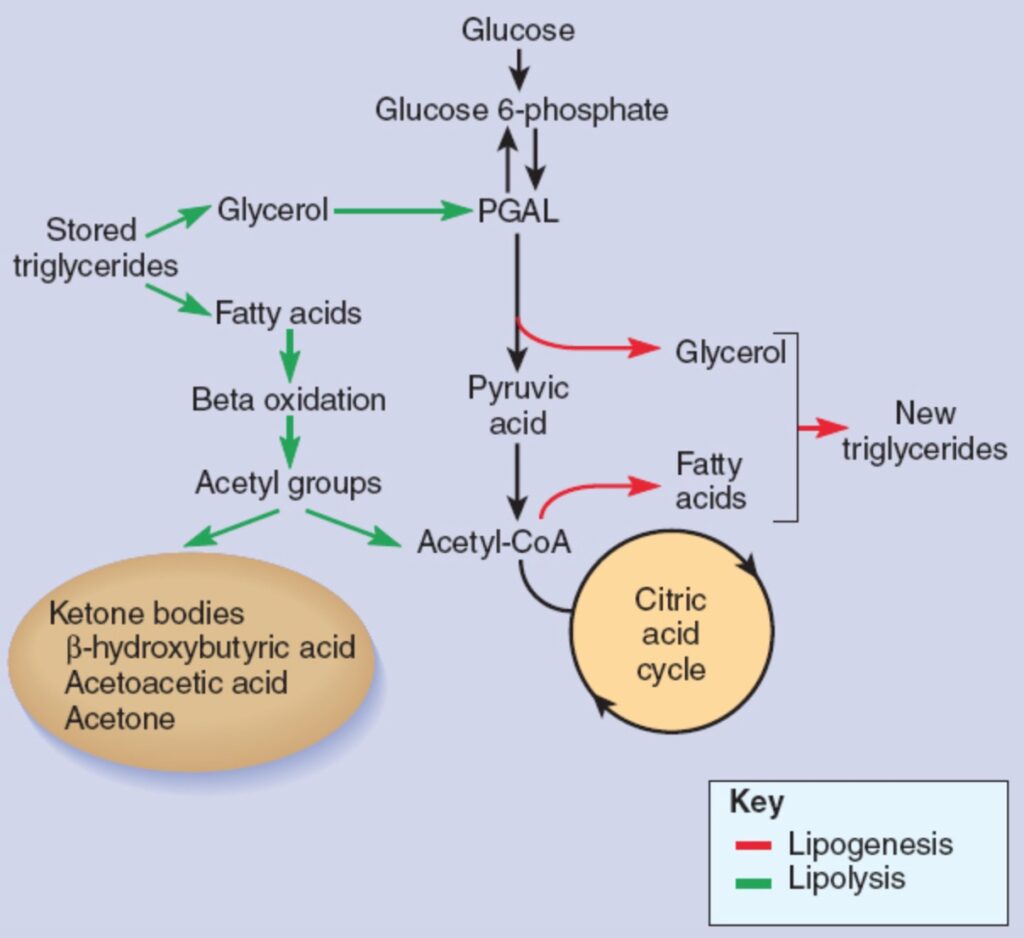 Lowering glucose levels through a low-carb diet is often the answer for those who have a high level of insulin in their bodies.

When your body has no glucose to use for energy, it will search for its energy in other ways.

This is why it’s important to reduce the glucose in the body. The fat cells get burned for energy instead.

The way you stimulate lipolysis is by eating foods that encourage fat to be burned as a fuel source. 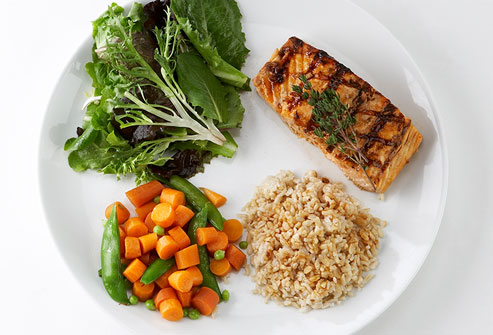 While some believe you can take supplements to stimulate the fat-burning process, there are natural ways to encourage this process, like with a low-carb diet as mentioned above.

While it’s not the carbs alone that cause an increase in the insulin production, lowering the consumption of carbs throughout the day can lessen the glucose in the bloodstream.

You’ll need to maintain a calorie deficit to see the body start to lose weight, and when you stop eating so many carbs, you’ll start burning fat cells.

Reaching a State of Ketosis

You’ve started to lower your carb intake. You’re counting calories and reducing the amount of calories you consume per day.

How do you know when you enter a state of lipolysis? After a few weeks on your carb-reduced diet, you’ll start to see some weight loss.

Other than an obvious bit of weight loss, you’ll also start the process of ketosis. This is the state that you want to be in for true fat burning. 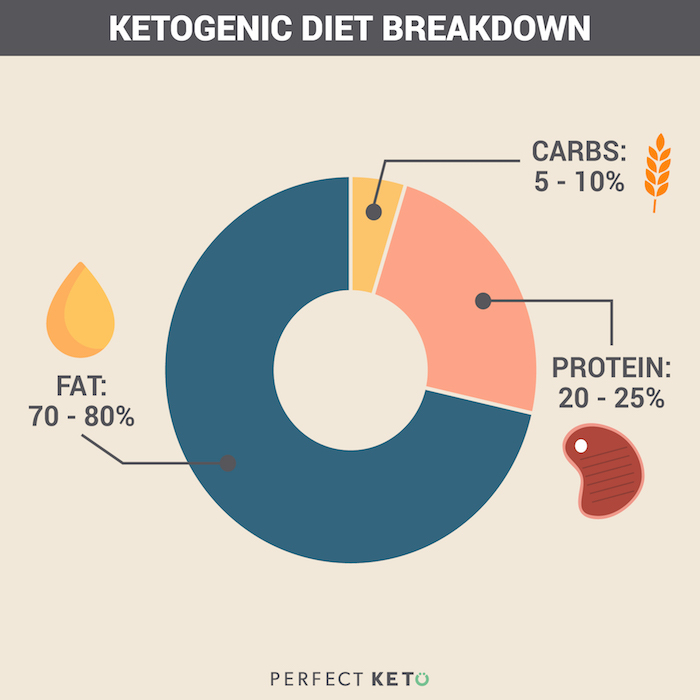 Lipolysis starts the process of ketosis, which sees the production of ketones. The body produces ketones to use as fuel.

Ketones give energy to the body, including to the brain for healthy brain function. The body can’t run directly on fat as fuel, so when fat is burned, that results in ketones.

Ketosis can usually begin after 3-4 days of a reduced carb diet. 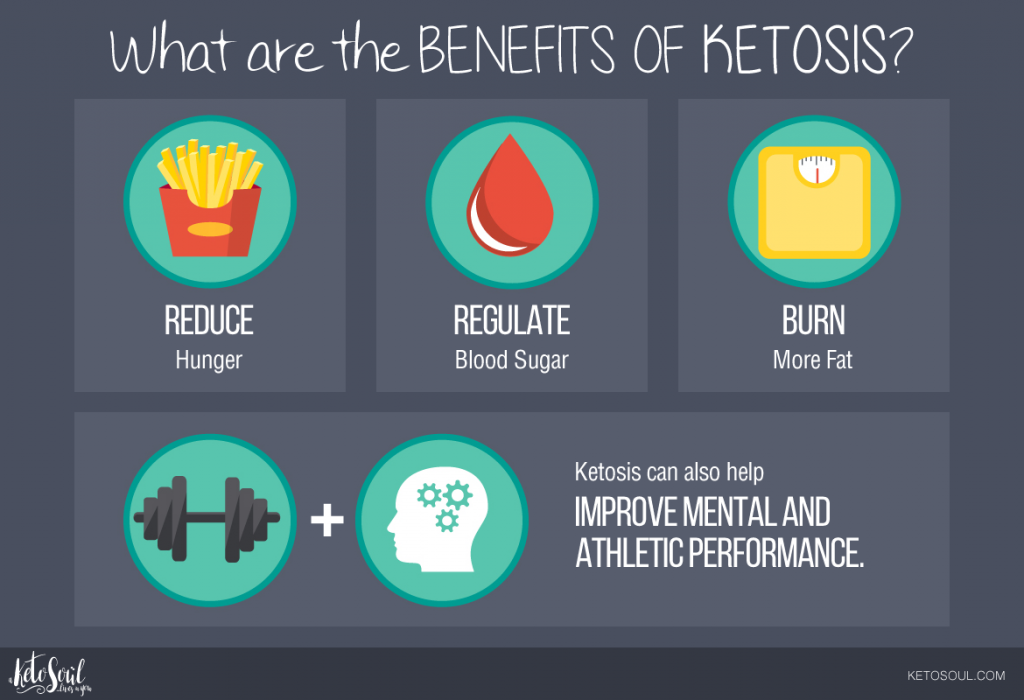 One of the biggest clues to a body in ketosis is the fruity smell of the person’s breath.

When it comes to fat loss, there are a few factors that are in play. Reduced insulin production and reduced glucose in the blood equals lipolysis stimulation.

This stimulation leads to burning fat as fuel for the body in the form of ketones. It can be a complicated process that you have to monitor without being able to see exactly what your body is using for fuel.

You can monitor your fat burning production by counting calories and removing most of the simple carbs from your diet.

The carbs that turn directly into glucose, also known as simple carbs, are the most harmful. Instead, focus on removing carbs and eating more protein and healthy fats. 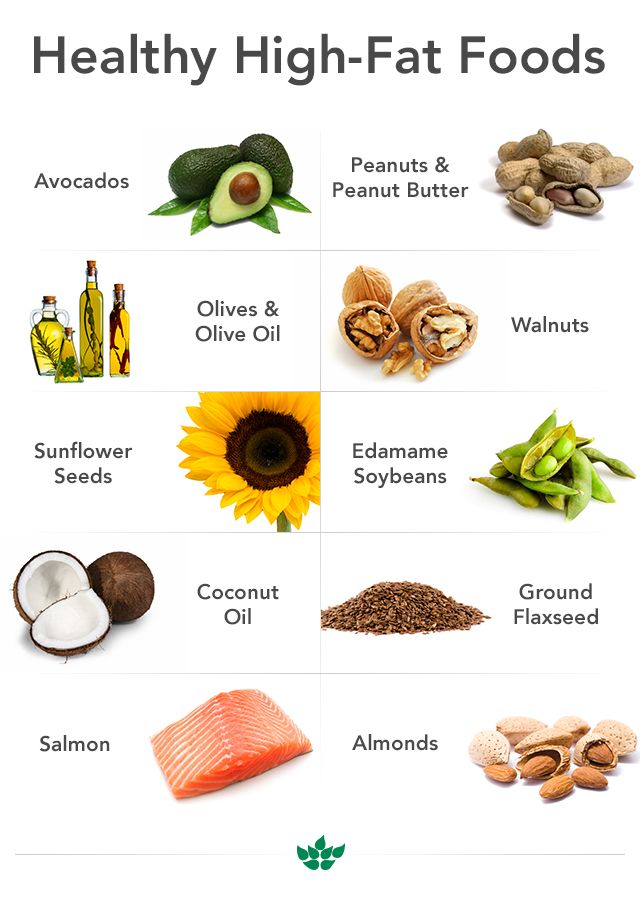 Protein is important for muscle gain and maintenance. Especially when you are in a caloric deficit, it is important to eat protein to prevent the body from using existing muscle tissue for energy.

People over 30 need to eat more protein as well, because at this age the body becomes less efficient at using amino acids for building muscle tissue.

Protein can only be used efficiently by the body up to a certain point. Consuming an excess of protein means that the body will only put so much of it towards the muscles, using the rest simply as energy.

Currently it is recommended that an adult eat 0.8g of protein for every 1kg of their body mass. Athletes and those who are very active may be able to consume more.

Watch for ketosis by understanding the signs, which are ketone breath, increased energy, and reduced hunger. You’ll also need to urinate more and have increased thirst.

If you have a problem with pre-diabetes or Type 2 diabetes, talk to your doctor before you start a diet that reduces the glucose in your blood.

It’ll impact the insulin you give yourself. Always tricky unless you’re under a doctor’s care.

Can You Have Too Much Protein? (Video)

What are your thoughts on this video?  Do you have an opinion about it?  Leave a comment below!

What is De Novo Lipogenesis?

What are your thoughts on this video?  Do you have an opinion about what Dr. Berg is saying?  Leave a comment below!

How To Burn Fat

Thoughts on this video?  Have you tried this step-by-step formula he’s suggested?  Did it work for you?  Comment below!

The Science of Fat Loss (Lipolysis)

What are your overall thoughts on lipolysis?  Please comment below!  Thanks for reading, see you next time! 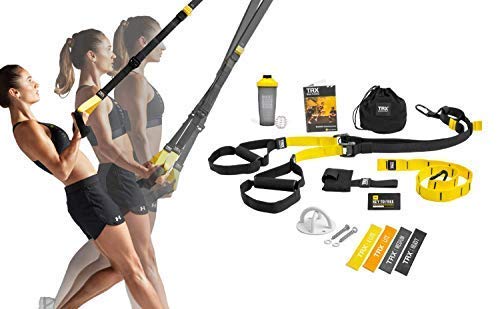 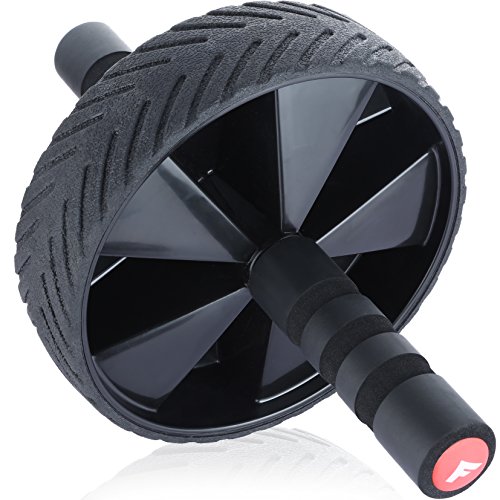 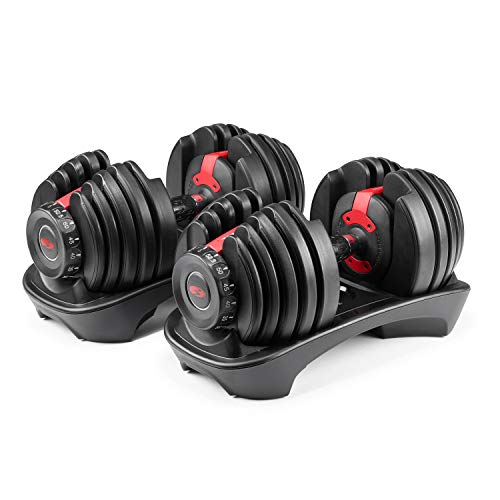