What is Ghrelin and What is its Role in Hunger? 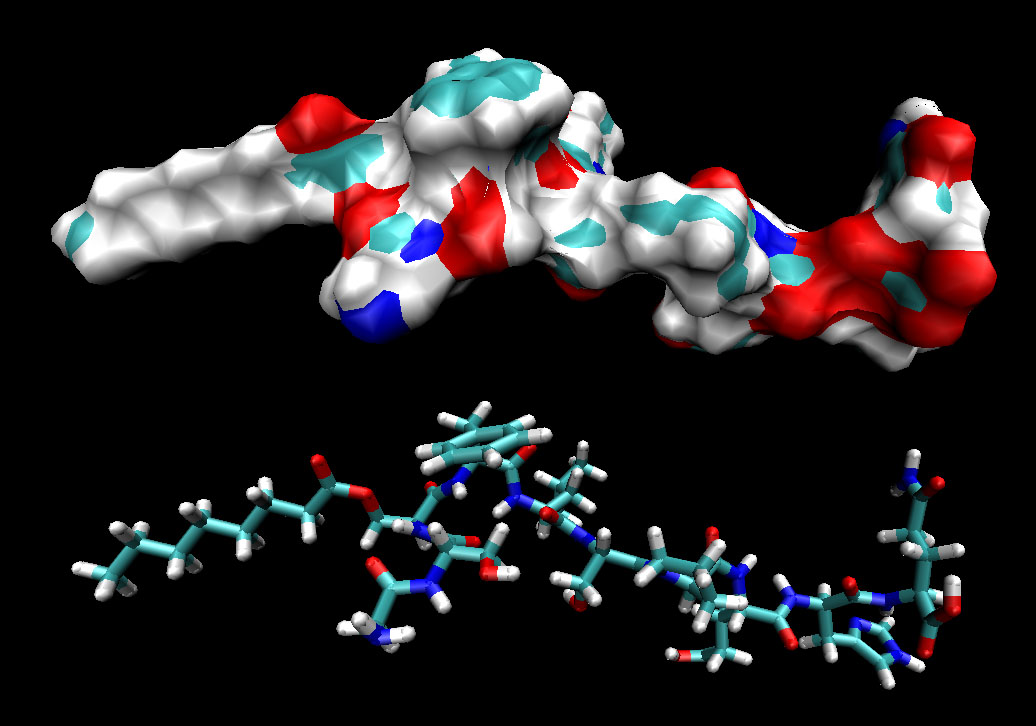 Ghrelin is a hunger hormone that acts counter to the hormone leptin, which helps to satiate the body.

Ghrelin, with its slightly odd name, was so-called because it is a growth hormone releasing peptide.  It was discovered fairly recently – in 1996 – and was found to be created in the upper part the stomach and pancreas, by specific cells designed to produce it.

The hormones ghrelin and leptin ideally work in tandem, keeping your body alive and in a balanced state of hunger (ghrelin) followed by satiation (leptin).  Of course, the keyword here is “ideally”, as we want to maintain a balance between the two states, with no one state (hunger / satiation) being in control over our mind for too long, as this will adversely affect our eating behaviour.

Of course, things in the human body aren’t always balanced or ideal, such as hormone levels, and having an imbalance between these two hormones can cause major problems for us.  At one end of the spectrum is starvation, and, on the other end, there is obesity.  Both states are undesirable for us to be in, possibly resulting in death.

Before we talk more about the danger of potential imbalances between ghrelin and leptin, let’s talk about how things should be, if our body is working optimally.

How does ghrelin affect hunger?

Generally speaking, when your body thinks it is time you should eat, it produces the hormone ghrelin, which then travels up to the brain from the stomach (which is presumably empty and in need of energy / nutrients), sending that message of hunger to your hypothalamus.  Your hypothalamus is a part of your brain that is responsible for various functions that keep you alive and well, including determining what state you are in, in terms of being hungry or not.

If the message is received by the hypothalamus that there is a need for nourishment of some kind, that’s when you as an individual become aware of being hungry   Your stomach starts to rumble, and you begin to have impulses which seek to do something about this situation.  Once you have nourished yourself, leptin is then created from stored fat cells to indicate to you that it is time to stop eating, because you are satiated.

Interestingly, it has been shown that you can even increase your ghrelin levels by looking at delicious food or anything you might have a hankering for, like this giant chocolate chip cookie.

In its travels through your bloodstream, ghrelin also touches base with the hippocampus, which is another part of your brain that is in charge of memory and learning, insofar as creating new neural connections and strengthing old ones.  This is an added benefit of ghrelin, as it helps with the performance of these functions.

Now, we want to discuss some of the reasons why your ghrelin (hunger) > leptin (satiety) cycle gets confused and out of synch.  One big reason has to do with the sugars we consume.

As many people know, consuming too much of the wrong kinds of sugars makes us fat.  At the same time, it is worth noting that sugar generally does not cause us to feel full, and so, while we can eat lots of chips, pop, and cake, we often still feel hungry because these types of foods do not suppress our ghrelin in any way.

In effect, our ghrelin hormones are still sending their message of “Feed me!” to our brains, even after we’ve consumed lots of fatty calories.  So, we remain hungry, and will likely keep indulging ourselves because we still aren’t full.  This, as you might guess, is problematic for us and can take us down the road to obesity.

In terms of leptin, which, as we mentioned, is stored in our fat cells, the fatter we get, the more leptin we are able to produce.  This is a paradoxical fact about leptin, because it would seem that this is good news if we are hoping to counteract the message of “Feed me!” with “I’m full”.  However, the fact is, the fatter we get, the more resistant to leptin we become, as too much leptin causes the brain to ignore those requests to “stop eating”.

So, by eating the wrong foods, we are not only not satisfying our hunger, leading to overeating, but we are also overworking the leptin hormones that should be telling us to stop eating as well.  In this sad scenario, we can essentially never be satisfied, leading to obesity and various other states of ill health.

We hope that we have sufficiently explained how the hormone ghrelin works, and some of the dangers of developing an imbalance between ghrelin and leptin.  To keep both your ghrelin and leptin levels in check, a healthy diet is a must.

Find more articles on this website to stay healthy!