What Are the Ingredients in Sunscreen and What Do They Do? 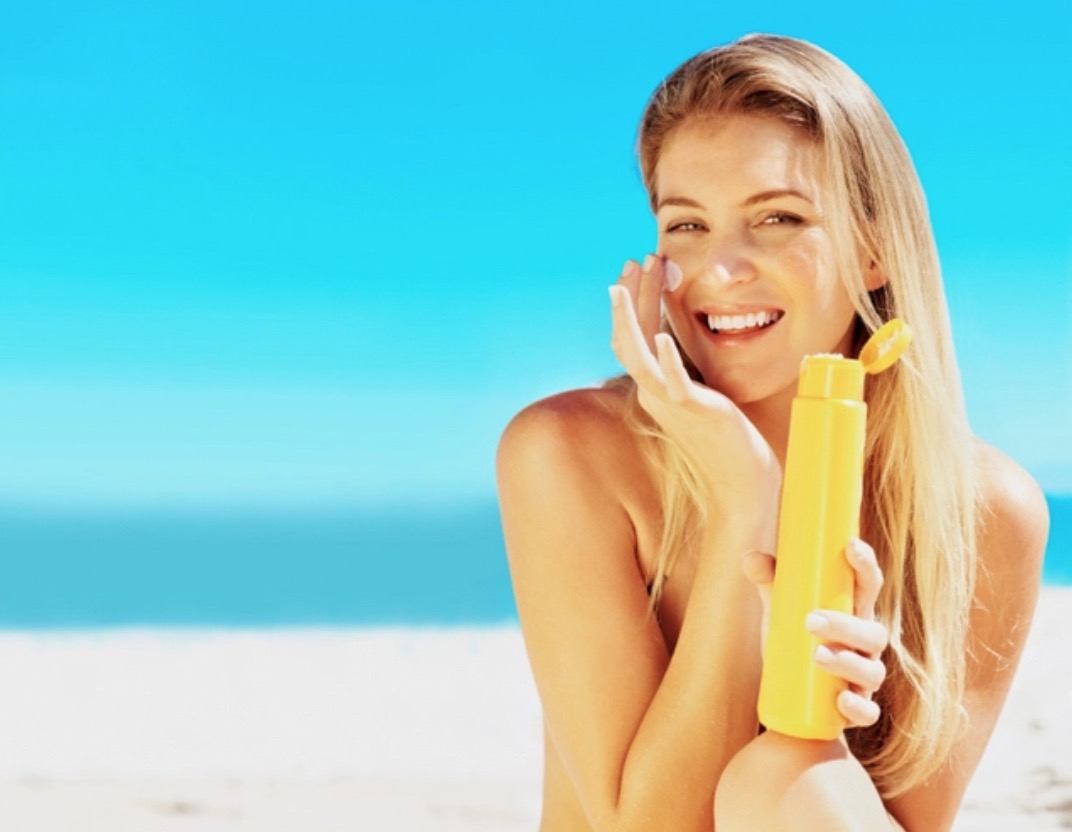 [simple-author-box] Protecting yourself from the harmful rays of the sun is important for skin health.

There are times we’ll avoid thinking about it as we bake at the beach, but we all know it isn’t great for us.

Wearing sunscreen is supposed to be healthier because it blocks the harmful ultraviolet rays, and that’s what the problem is with the sun – not the tan itself.

UVA and UVB are the two factors that have to be blocked with sunscreen or sunblock. Let’s take a moment to talk about some terms before we dive into the ingredients you’ll find in sun protection.

First, there’s a difference between sunscreen and sunblock. Although they are used interchangeably, they’re very different in terms of skin protection.

Sunscreen uses chemicals to absorb UV rays while sunblocks use physical sunscreens to reflect UV rays back into the atmosphere.

While physical protection might sound like you’re supposed to wear a long-sleeve shirt in the sun, it’s actually more about the chemicals used.

Sunblocks provide more protection for the skin because sunscreens will allow some UV rays to penetrate the skin. The ingredients and chemicals differ for each, which is why they provide varied protections from the sun.

In some products, the chemicals will be mixed to provide both chemical and physical protection against the sun’s harmful UV rays.

You’ll find this listed in the features of the lotion when it’s purchased. While we mix the terms, the manufacturers will list them correctly on the packaging.

It’s hard to understand what the sun is doing to our bodies when we’re outside letting it bake our skin.

The sun is great for making us feel good, helping us absorb vitamin D, and growing plants and flowers. It’s not so great when the rays hit our bodies constantly.

There’s actually radiation working in the sun that isn’t great for our skin. It causes skin cancer and sunburns. Some sunburns can be incredibly dangerous and cause sun poisoning.

It’s not the heat of the sun causing problems, it’s the UV rays, which is why people can become tan or sunburnt when the clouds are blocking the sun.

UV-A – This sun ray is not absorbed in the ozone layer, and is more concentrated. This leads to UVA penetrating the skin deeper than other rays.

UV-B – While this is absorbed somewhat in the ozone layer, it’s also responsible for sunburns.

UV-C – This is absorbed completely in the ozone layer and the Earth’s atmosphere, so it’s only a problem from artificial sources.

This was one of the early ingredients used in sunscreens. It protects against UVB rays, but is less common currently. It’s been known to cause allergies in people who have sensitive skin.

Many ingredients in suncreens are quite unhealthy for people – especially women. This ingredient has been found in mother’s milk and disrupts a woman’s estrogen levels.

This is a chemical UV protector against UVAs. There’s no evidence that it disrupts hormone production like other ingredients. It’s also one of the best protections against UVA.

This ingredient is added to stabilize the previous ingredient – avobenzone. It’s unlikely to cause any allergic reactions in the body.

This is not a great ingredient, either. It has high concentrations in the body after use, and acts just like estrogen, but causes allergic reactions. It’s also been associated with endometriosis.

There might be other ingredients in physical sunblock, but only a few are approved by the Food and Drug Administration for protection against the sun.

These are good for children since they don’t often cause allergic reactions.

Many ingredients degrade as the sun hits them. They can’t stand against the UV rays for very long. That isn’t true of titanium dioxide.

It’s used in many skin care products as well as sunblocks because of their reflective properties. It’s a mineral that occurs naturally in the world as opposed to chemicals, which are manufactured.

The above picture is in powder form, how it’s most often photographed.  Not the most photogenic mineral, I guess.

This is a mineral, too. It can be found in nature, but most zinc oxide is manufactured. The mineral will scatter UV rays, so they can’t penetrate the skin.

It’s the only ingredient that has been approved for both UVA and UVB protection by the Food and Drug Administration.  But don’t eat it.

While it sounds like many of these chemicals are incredibly dangerous for the body, the sun’s rays are even more harmful.

It’s important to pick the best ingredients and level of sun protection based on how much UV rays you want to block.

Sunscreen and sunblock should be applied to exposed areas continuously when in the sun. That applies to overcast days or ones where it’s a bit cold.

It’s not about the heat of the sun that causes sunburns and skin problems. It’s the UV rays that the sun produces.  Stay safe out there and happy tanning!

Previous post: We Review the Best Self Tanners for the Perfect Tan