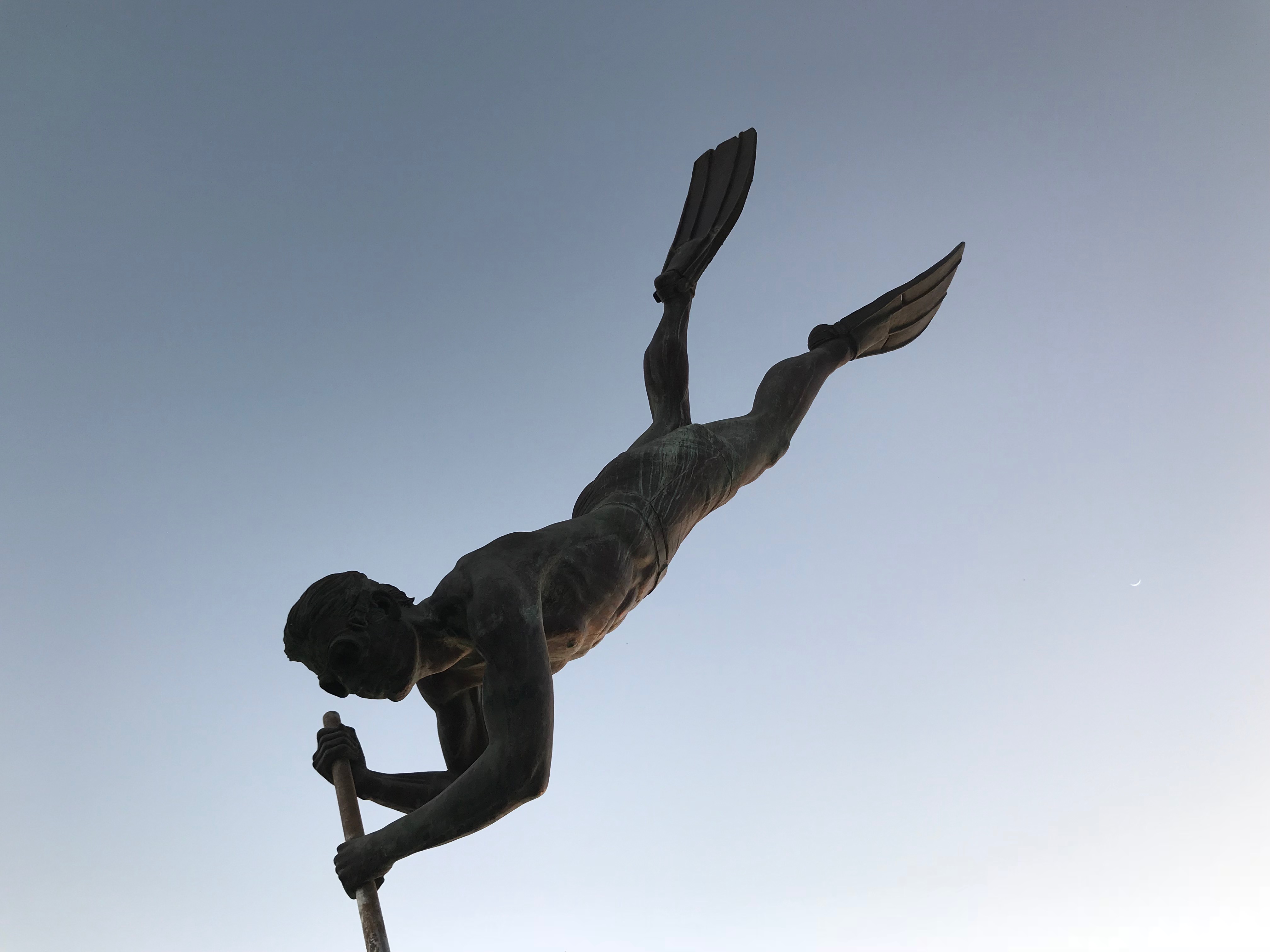 Puerto Vallarta is a Mexican destination at the bottom of the Sierra Madre mountains at the mouth of the Ameca River, in the palm of Banderas Bay, on the Pacific Ocean, north of Acapulco.

Archaeological evidence suggests that people have been living in this area since 580 B.C.

The Sierra Madre mountains offered silver mines, the foothills were perfect for farming and ranching, and the Ameca river delta spilling into the Pacific Ocean, made fishing very popular.

The early settlers must have enjoyed the tropical climate, scenery,and beaches too. The Aztatlán culture (Huichol people) dominated the area from 900 to 1200 A.D.

You might remember the stories in school of the Spanish missionaries and conquistadors arriving from Spain, lead by Hernan Cortes.

Lots of fighting occurred with the natives, as the Spanish tried to conquer the valley and Banderas Bay waters.

History shows coastal seafarers took refuge in this beautiful bay in the 17th and 18th century.

Because of easy access to the towns in the mountains and beyond,  pirates and smugglers used this bay to avoid government customs.

Back in the 19th century, Puerto Vallarta (PV) was called El Carrizal or Las Penas.

PV was linked to the Sierra Madre towns of San Sebastian del Oeste, Talpa de Allende and Mascota because of their agriculture and mining products.

Puerto Vallarta was a great location for ships to transport food products and silver ores to other locations in the world, easier than moving these products across the land.

Is there Silver in them there hills?

All of the mountain communities, as well as Puerto Vallarta slowly began to grow. The main port was located at San Blas, up the coast from Puerto Vallarta and not in the bay.

This had to change because transporting goods from the mountain towns overland to San Blas took too long, as it was too difficult.

Keep in mind that the mountain communities were growing and these people needed a beautiful cooler location for holidaying, so the tourist industry began in Puerto Vallarta as well.

It was mid 19th century, 1859, when the Union en Cuale mining company purchased land in the area from the Mexican government, so they could provide shipping, fishing, and agricultural support for their mining operations which were growing in the mountains.

The official story states that Puerto Vallarta was founded by Guadalupe Sánchez Torres, on December 12, 1851.

1859 marked the beginning of Puerto Vallarta as a village.  Twenty years later, this town had 250 homes and 800 residents.

Puerto Vallarta in the 20th Century

Puerto Vallarta received it official name in 1918.  It was named after governor  Ignacio Vallarta.

During this time, most of the municipality was owned by the Union en Cuale mining company, controlled by American Alfred Geist.

Geist was selling and renting land in the area at high prices, so the citizens asked the government for a land grant.

In 1921, a government commission approved that 23,000 acres would be taken from the Union company and given to the local citizens.

Fighting over this land lasted into the 1960’s.  People could lease the land, but not buy it or sell it.

Mining activities died off in the early years of the 20th century, so people began to migrate toward the ocean community of Puerto Vallarta and other places along the coast.

Americans took an interest in Puerto Vallarta in the 1950’s to escape the Eisenhower and McCarthy years.

Many people in the arts community from the USA decided to make Puerto Vallarta their tropical paradise.

Richard Burton and Elizabeth Taylor, two American movie stars made the movie, “Night of the Iguana”, in Puerto Vallarta, and had a house on one of the hilly streets.

Electricity, plumbing, and even an airport arrived in 1962.

The 1960s and 1970s were important years for Puerto Vallarta. Many changes took place that helped launch Puerto Vallarta into the future, and help it become competitive with other tourist locations around the world.

The government established a Vallarta Land Trust agreement which controlled the buying and selling of private lands. The profits from this were used to develop the city’s infrastructure.

Mismaloya is a small town just south of the city, and it was chosen by John Huston, a famous American movie director, to film “The Night of the Iguana” with Elizabeth Taylor and Richard Burton.

There was lots of publicity around this movie which put Puerto Vallarta on the map for many Americans.

An international airport was built so that jets could come and go from around the world, bringing in lots of tourists and lots of revenue.

Roadways were rebuilt and a major highway 200 with 4 lanes was built along the coast. The wharf area called the El Salado was made into a modern terminal for cruise ships.

Puerto Vallarta became a city in 1968 because the Mexican federal and state governments could see how important this location was to their country.

Another important step toward prosperity for Puerto Vallarta and Mexico was in August of 1970, when U.S. president Nixon met with Mexico’s president Ordaz to negotiate a business treaty between these neighbouring countries.
This news spread around the world.  It could only help Mexico and especially Puerto Vallarta (PV), as it became known as.
PV had lots of small quaint Mexican hotels to accommodate its visitors, but in the 1970’s, the major luxury hotel chains arrived. Today, there are over 50 five star rated hotels to chose from.
Much of Mexico was having difficulty making money in the 1980’s, so the peso was devalued by the government. This made Puerto Vallarta a bargain destination.
It only takes a snowbird from Canada, 5 hours on a direct flight to reach this warm sunny location.  Many come to spend the winter months and enjoy all of the pleasures of this beautiful tropical location.
Puerto Vallarta did go through a setback for a time because other Mexican locations such as Cancun were developing for tourists as well, on the Caribbean side of Mexico.
Other communities in the Puerto Vallarta area started to improve their amenities and this helped put this Pacific riviera back on the map.

A new government law called “the federal Agrarian Law” was put into action in 1993.

This law meant that property could be sold to foreigners for private residences such as condominiums, leading to a new phase of Puerto Vallarta life.

“Snowbirds” from Canada and the U.S., and others from Europe, loved this new opportunity to invest.

Puerto Vallarta is currently a  famous popular resort town on Mexico’s Pacific coast, in the state of Jalisco on highway 200 south of Tepic and north of Acapulco.

It is very picturesque, nestled in the foothills of the Sierra Madre mountains. Water sports, music, and beautiful beaches are plentiful.

To experience the culture, ride a local bus, eat the authentic Mexican food, purchase a hand crafted piece of art, sit in the ornate Nuestra Señora de Guadalupe church, and walk on the beachside Malecon.

There are many accommodation choices in town, or you could travel up the coast a few miles and reside in a beautiful hotel in Nuevo Vallarta, or continue further north to Bucerias to experience something with a little more Mexican flavour.

The Future of Puerto Vallarta

For 36 years in a row, Acapulco hosted Mexico’s largest travel trade show, but in 2012, Tianguis Truistic moved to Puerto Vallarta.

Puerto Vallarta is taking center stage. The trade show attracted 7,500 buyers and sellers from the travel industry.  Attendance was up 75 percent.

Puerto Vallarta has recently been facilitating an aggressive urban renewal program.  The focus is on “Vallejo Vallarta” and the famous malecon.

You can see from the video above that this public space is dynamic. It includes beautiful water front, shade/rest areas for happy tourists, and a vibrant social night life. Look at the video again and notice the traditional pebble-pavement technique in the sidewalks.

Puerto Vallarta’s history is everywhere on the malecon and on the streets of most communities in Jalisco, Nayarit, and Durango states.

Huichol traditional folk art and handicrafts are everywhere. The Huichol indigenous artisans use colourful symbols and designs, which date back centuries, to represent the Huichol people’s traditions.

Take time to learn about a very old culture, with proud and friendly people.