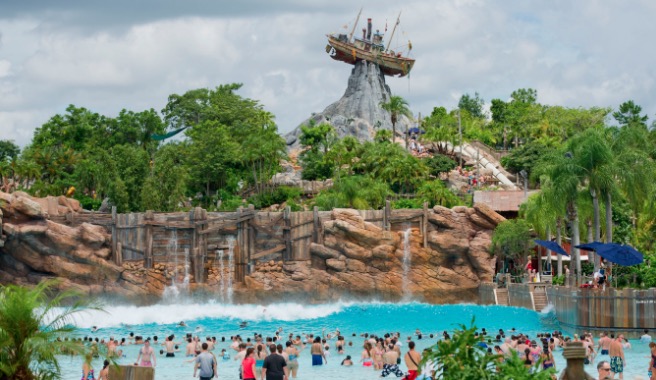 Orlando is a popular tourist city in the United States, and the seat of Orange County in Florida.

As one tourist recently described the city, “Orlando is kind of like a giant theme park”.

This description perhaps paints a broad stroke over what else this city has to offer, but there are certainly a lot of very tourist-y places to visit.

The city currently has 255,483 inhabitants, so it’s certainly not small, but, there are bigger cities in the state of Florida.

“Arr, me hearties”, Orlando is the 4th biggest city in Florida, behind Jacksonville, Miami, and Tampa (whoops broke into pirate there, please ignore).  Orlando, and its surroundings are now one of America’s metropolitan areas with the fastest growth.

Being a huge tourist city means there are TONS of activities to do, as the following video will show…

As you can see, if you have the budget, you could be busy doing stuff in Orlando just about every waking moment, from skimming the waters in a hydrofoil, to flying a plane, to sliding down a waterslide, to relaxing in a cottony soft robe at a spa, to shopping for giant shark’s teeth, and about a thousand other things.

Downtown Orlando is best known for its leisure complex Disneyworld, created by the Walt Disney Company in 1971, as well as Universal Orlando Resort (1991) consisting of two large parks.

The first is Universal Studios Florida, and the second is Islands of Adventure.

These theme parks alone could have you spending every last penny on rides, and other thrilling adventures.

If you want to make your trip into a’ theme-park’ based one, be sure you have saved up a few bucks.

Let’s not forget City Walk, a place made ​​up of restaurants, bars, cinemas and discotheques on various themes.

The area devoted to the magical world of Harry Potter spans two parks, Islands of Adventure and Universal Orlando.

Also found in the city of Orlando is SeaWorld, a theme park whose concept is based on shows featuring live animals.

Not far from Universal Orlando, there is Wet’n’Wild water park, for fans of waterslides.

On the famed International Drive Avenue, a.k.a. I Drive, you will find such attractions as the Orlando Eye (giant ferris wheel), various golf courses, Chocolate Kingdom, Gator Land, International HeliTours, as well as the biggest McDonalds in the U.S.A.  And this is just the beginning!

There are almost too many attractions to mention here.

A major overhaul will see more than $1000,000,000 go towards developing this already jam-packed tourist corridor through to 2019.

Does Orlando Have A Lot Of Tourists?  Kind Of…

Orlando attracts 52 million tourists a year, and is one of the largest tourist cities in the country.

Orlando also attracts a lot of new residents, with many pensioners moving there for its relaxed lifestyle, its beautiful location, and its climate characteristics which it shares with the rest of the Sun Belt.

The Orlando International Airport is the fourteenth largest in the country in terms of traffic.

The University of Central Florida in Orlando is the seventh largest university in the United States.

In 2004, it established a specialized section for educating students interested in the hotel and restaurant industry.

This school is called Rosen College, named after its main sponsor, who is the owner of a hotel chain in Orlando.

It is also sponsored by the Marriot Hotel chain, and the Anheuser-Busch Brewery, maker of Budweiser.

Origin Of The Name “Orlando”

The name of ‘the beautiful city’ honors Orlando Reeves, a soldier killed during the Second Seminole War.

This brave soldier was acting as a sentinel for his company, when natives found and killed him.

The official symbol of Orlando is the fountain of Lake Eola. The current mayor is the honourable Buddy Dyer. He was elected in 2003.

Before the Europeans arrived in 1836, Orlando was inhabited by Native Americans, particularly by the aforementioned Seminole Tribe.

Few archaeological sites exist today, apart from the ruins of Fort Gatlin on a lake south of Orlando (now a recreation complex).

This fort was also built in 1838 by the U.S. Army during the wars against the Seminoles, but was abandoned after the end of the Third Seminole War.

Most pioneers did not arrive until after the war in 1850 .

In its urban area, there are more than 100 lakes, the largest being Lake Apopka, followed by Eustis, Griffin, Harney, Harris, Jesup, Monroe, Sand Lake, Conway, and Tohopekaliga .

Orlando’s climate is humid subtropical, meaning that it is mostly hot and humid weather, with occasional cold days in winter.

Of the 115 districts of Orlando, the best known are:

Hip-hop, metal, rock, reggae, and Latin American music scenes are all active in the city.

Orlando is known as Hollywood East, because of numerous movie studios in the region.

Film production had been very active in the city during the 1990s, but slowed down during the last decade.

Probably the most famous film-history of the city, is the explosion of Orlando City Hall in Lethal Weapon 3.

Feature Animation-Florida was primarily responsible for movies such as Lilo and Stitch, but it closed down in 2004.

The Florida Film Festival, held in various sites in the region, is one of the most respected festivals of regional films in the country, and attracts budding filmmakers from around the world.

The Orlando area is home to many theaters, such as Central Florida Ballet, Orlando Shakespeare Theater, Orlando Repertory Theater, and Mad Cow Theater.

The University of Central Florida and Rollins College (Winter Park) are home to theater departments that attract young artists from the region.

Also in the spring, there is the Lake Harriett Festival of New Plays, hosted by Orlando Shakespeare Theater.

Founded in 2002, the festival presents Orlando Cabaret Artists of local cabaret, national, and international renown at the Theatre of Mad Cow in center – town Orlando.

Primary and secondary schools are managed by the Orange County Public Schools.

Previous post: Get Your Tube On! The Basics Of Water Tubing