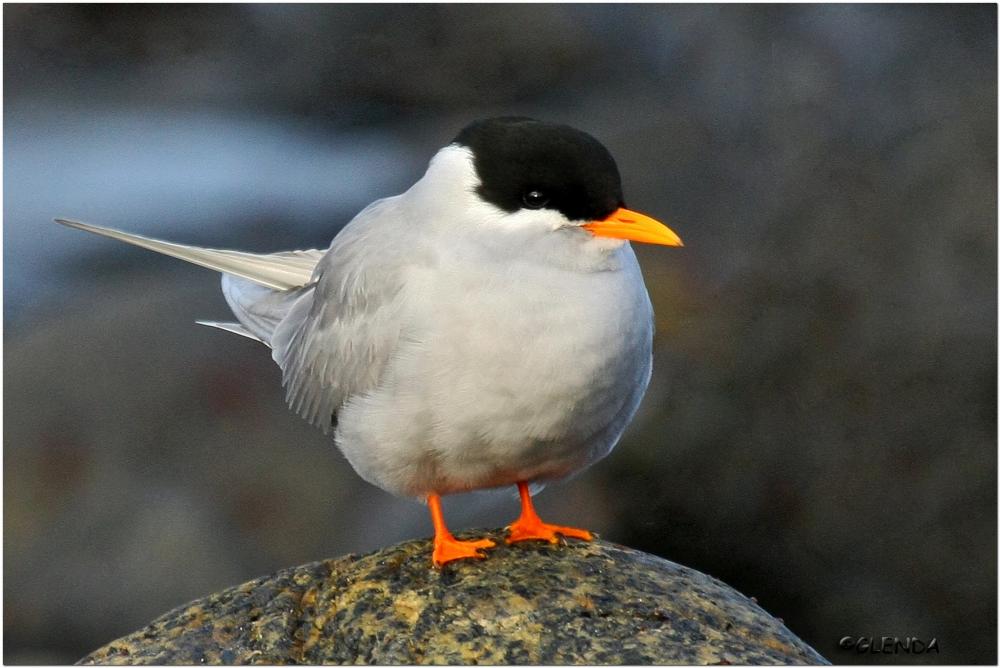 Some species of beach birds are increasing in population, while others are critically endangered.

When you consider their habitats, it becomes very obvious why their populations would decrease.

Beach birds – also known as shore or sea birds – live in places that attract a lot of tourists.

In fact, there are three kinds of beach birds: sea birds, shore birds and waders.

Sea birds spend most of their lives at sea, travelling from continent to continent, or they eat the fish in the water.

Shore birds blend in rather cleverly with their environments. Their plumage changes from season to season, making it difficult for people to recognize them or identify them.

Waders, like herons or storks, walk along the shoreline and forage for food like insects and crustaceans.

We hear the word endangered, but what does it really mean?

The word describes the likelihood of a species’ survival. When a species is endangered, it means that species is likely to become extinct.

It is rare that this status could be reversed; the next step is almost always extinction.

With increased industrialization affecting wildlife habitats across the globe, as well as pollution like garbage and toxic fumes or waste emitted, it is estimated that 100-200 species of plants, mammals and insects die every day – a rate so extreme that scientists liken it to the extinction of dinosaurs 65 million years ago.

Beaches can attract millions of visitors every year. And with each visit, there is a high chance of pollution and garbage being introduced to the environment.

Due to rising numbers in human beach dwellers, these birds can experience disturbances and habitat loss as grasses and trees are dozed to make more room.

In an effort to protect the birds, you may find fences in place to stop people going into naturalized areas. One of the main problems seems to be a lack of waste receptacles, making it easier for people to just toss their waste on the ground.

Industrial fishing also makes a huge impact on these birds, as they are prone to go for the bait and then become caught.

Here is a list of the most endangered seabirds:

The Amsterdam albatross is known as the rarest sea bird – and one of the most endangered birds period. There are only 18-15 breeding pairs left in the world and these birds mate for life.

So that right there decreases the chance of stable population. As well, the Amsterdam albatross does not breed until they are nine years old.

The bird has been spotted in South Africa and Australia, but migrates to Amsterdam Island in the South Indian Ocean to mate. It is estimated that the total population is 170.

Some threats to their survival include the introduction of cats to the island as well as cows, who trample and destroy the vegetation in their breeding ground. Conservation has helped boost the number of breeding pairs from five to twenty-five.

This method of fishing is used to catch tuna but inevitably captures several other animals, too, as they dive for the bait.

Fishermen are being more careful to weight the bait heavily enough so that it sinks too deep for the albatross to reach.

These birds are also prone to avian cholera and erysipelas, a bacterial infection: together these diseases were responsible for ¾ chick deaths in a study conducted in 2001.

Human pollution like garbage also hurts them: they swallow foreign objects that wash up on sea.

Amazingly, these birds live 30-50 years and breed every other year, giving birth to one chick every season.

The black-fronted tern lives in and near bodies of freshwater in New Zealand, eating a diet of fish and worms.

This bird resides primarily in the southern parts of the country, and the breeding range is only on the South Island.

During nonbreeding season, the tern will forage out to 10 kilometres at sea and lives along riverbanks.

In fact, its nickname is ploughboy, since they are known for foraging for earthworms and grubs in freshly ploughed soil.

They are subject to being caught by the swamp harrier, a bird of prey who raids the nests for eggs.

Other gulls will raid their nests, and introduced mammals like the cat and hedgehog also put the black-fronted tern at risk.

Another bird from New Zealand, the storm petrel breeds under tall forest on Little Barrier Island. Amazingly, this bird was thought to be extinct for a century until it was spotted and correctly identified in 2003.

They get their food by dipping and grabbing fish from the surface of water; sometimes they shallow-plunge.

Some of their biggest threats include feral cats, which were removed in the 1980s and rats, who were eradicated in 2004.

Since the removal of feral cats and rats, the petrel have been thriving, and it is amazing that they survived co-existing with these other animals .

It is good to see that their population is more in the thousands rather than hundreds as previously believed.

This unbelievably cute bird is found on Christmas Island in the Indian Ocean and is adapted for long-distance flight. They can travel up to thousands of miles!

They are birds that mate for life and give birth to one chick every two or three years, with nests in the rainforest canopy.

Much of their habitat gets destroyed by yellow crazy ants and phosphate mining.

Their survival is made all the more difficult as they already have such a restricted mating area; with constant decrease in habitat quality.

The only penguin found north of the equator, these birds reside in the Galapagos.

Their total population is an estimated 2000 or less. They are threatened by pollution and climate change, as well as falling victim to commercial fishing.

Also, there has been an influx of new species on these islands that bring diseases, like dogs, while cats are also present, and they are among the penguins’ natural predators.

What you can do

Remember to leave nothing but footprints wherever you go. Collect your garbage so birds don’t become trapped by it.

Cut down on your fish intake; industrial fishing is scraping the oceans dry and many animals and birds fall prey to the traps, in addition to the fish.

You can donate to the World Wildlife Fund or a conservation society in your area.

And have hope, for there are some species on the rise:

Next post: Sea Urchins: The Biology and Life Story of This Mysterious Ocean Floor Dweller