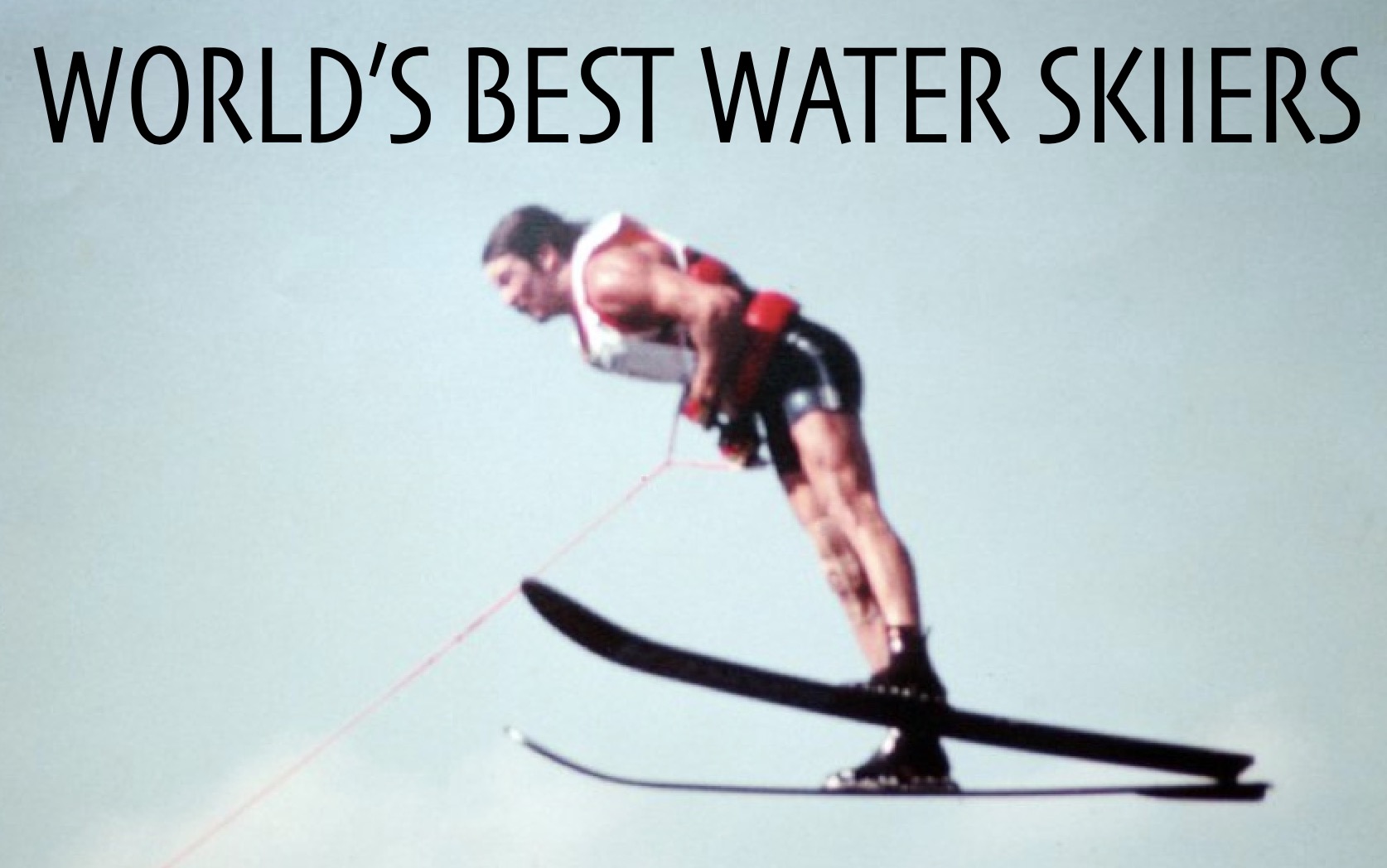 While water skiing might look easy, it’s definitely not. It requires both upper and lower body strength, along with the balance and endurance.

In 1972, water skiing was included in the Olympic games, and ever since then, there was an increase in the skills and competition of water skiers.

But who are some of the world’s best water skiers? That’s one question that people often argue about. Therefore, in this post, we had to create a list of our top picked water skiers.

Freddy Krueger is an American water skier who’s one of the best water skiers in the world when it comes to the jumping.  Hence he’s known as a “ski flyer”.  His nickname is also “Nightmare”.  Ha.

He’s the world record holder for jumping which he acquired at 2nd Global Invitational by jumping 312 feet in the air. He has even beat his first jumping record which was 236 feet.

Freddy definitely likes Masters Jump Championship since he’s won almost every single one from 1999 to 2010.

If you prefer jumping, Freddy Krueger is going to amaze you with his skills and abilities.

Watch this video of Freddy doing what he does best – flying!

Speaking of ski flying, if you are into that, you will know about Jaret Llewellyn. He’s a Canadian water skier who currently holds 117 wins and 11 world records.

Jaret has been 9 times US Masters Champion and 8 time US Open Champion. During his career, Jaret has hold 11 World Records and even 9 World Titles.

When Jaret isn’t water skiing and winning his way through the most professional water skiing tournaments, you will be able to see Jaret snowboarding, snow skiing, playing ice hockey, or even teaching his son his own tricks.

A fun fact is that Jaret’s son is dedicated to breaking his dad’s trick record.

Here’s a video showing Jeret performing a jump and crashing.  Crashing is never good, but as you can see, these are risky manoeuvres these pros are attempting and the results can be bad if something goes wrong.

Here’s Jarret setting one of his many records and not crashing, as per usual.

Chris Parrish is an American water skier who held the world record for slalom skiing. In my opinion, Chris is one of the best slalom skiers. He tied his record and even beat it twice after that.

Other than Chris’s world records, he has won 9 Major Championships and two Masters. Therefore, he’s considered to be one of the most dominant athletes.

In case you didn’t know, Chris Parrish starter water skiing at the age of 2, which might be just one of the many reasons that led to his successful history.

Even though Chris was competing professionally for only several years, he held both world and national records, and even Junior World Slalom record.

Here’s Chris showing how slalom water skiing is done and tying the world record in the process.

Kristi Overton-Johnson got her place in the hall of fame for the sole reason of being the sole owner of a world record for an amazing 12 years.

Just like many other professional water skiers who started young, Kristi has started competing and winning her first awards at age of 5.

At this moment, Kristi is retired, but she had an amazing water skiing career. Kristi Overton-Johnson has won her first tricks title in 1985 and she has climbed her way to #1 ranking in the world even before she became a slalom specialist in 1989. After that, she started adding many more awards and wins.

Here’s an interesting video called This Is My Story featuring Kristi Overton-Johnson.

In 2003, Regina has won one of the two biggest awards in her career. Regina has won medals in water skiing at Pan American Games, and Water Ski World Championship.

By the year 2012, Regina was named a female slalom skier of the year by Water Ski Magazine.

Interesting thing is that Regina has shared a tie with Kristi Overton-Johnson for the World Record in Slalom and even Overall World Record.

If you’re thinking about some of the world best skiers, you can not leave out the main man himself – Ralph Samuelson. He is actually considered to be the inventor of water skiing.

He is the first performer of water skiing which happened in 1922 on Lake Pipen, Minnesota. You can imagine how freaked out people must have been to see this guy attempting to “ski” on water for the first time.  Holy Toledo!  At that time, he was about to celebrate his 19th birthday. Right now, Ralph is deceased. R.I.P. dude!

He is also credited with the first ski jump, by using a greased ramp.

He wasn’t just skilled at aquaplaning, but he was actually trying to make something more than just aquaplaning. He wanted to create something new like snow skiing but on water.

During his career, Bob LaPoint has set a world record on 5 different occasions and he has even won 15 major championships.

Bob has successfully represented United States waterskiing team, and he has even water skied on the first World Games back in 1981.

Watch this video of Bob LaPoint waterskiing and you’ll see why he’s on this list.  He makes it look effortless and beautiful.

Ron Scarpa is better yet known as The Raging Bull, and his skiing career has begun when he was 12. However, only after a year, he got rid of his skis and the Barefoot legend was born. Therefore, you might know Ron Scarpa as the Barefoot along with his nickname “The Raging Bull”.

Years later, Ron has won 12 Open Men’s National Overall Titles and he has even competed in every USA national team for 24 years straight.

Here’s a video showing Ron in action.  This guy is quite the sight to see on a pair of water skis.  Wow!

It’s hard to pick some of the best water skiers in the history of water sports, however, I believe this list is pretty close.

There is a number of different water skiing styles, but when it comes to the legends, hall of fame helps in the argument.

This list isn’t in the order, and almost all of these water skiers did compete in a different category, but they’re definitely one of the best.

Their winning and awards just show how successful, skilled, and dedicated to the sport they were.

Next post: Jellyfish! I Don’t Think You’re Ready For This….(Facts, Trivia, and More)