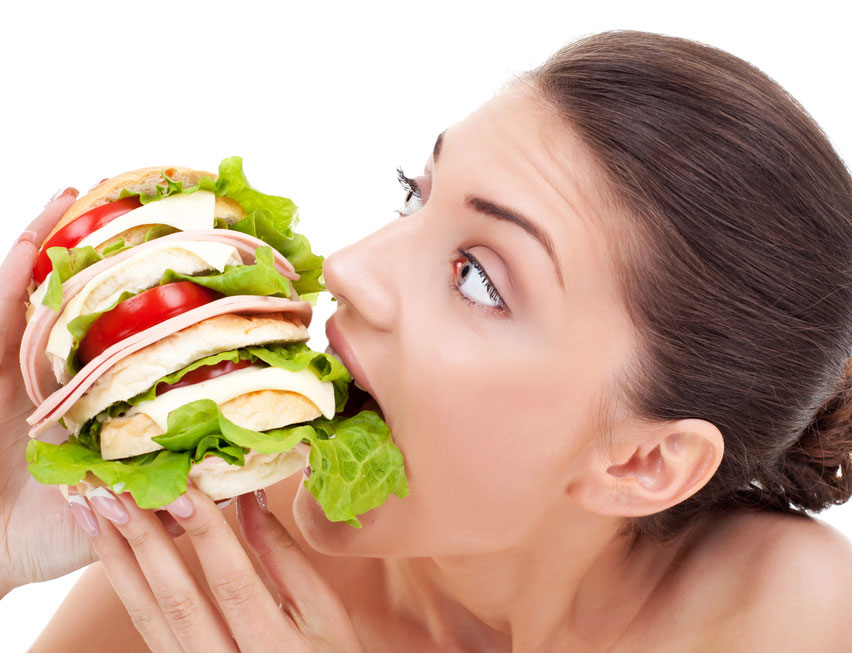 The hypothalamus is a complex part of the brain that regulates and controls functions of the body from temperature and sleep to hunger and thirst.

Before a person can begin to understand the hypothalamus, it’s important to note the role it has in homeostasis.

Homeostasis is the way the body creates a stable environment for itself, and all of the body’s functions working together. Without homeostasis, blood pressure, hunger, heart rate, sleep cycles, and immune responses would be completely out of whack.

The Hypothalamus and Hunger

While leptin and ghrelin are hormones produced by the body to signal hunger as well as satiation, the hypothalamus has receptors for these hormones.  There are three regions within the hypothalamus itself that are associated with hunger and satiety.

Motivation to eat comes from hunger.  The feeling of hunger comes from a lack of food as well as other factors.  Leptin levels drop as hours pass with no food being consumed.  At a certain point, the dropping levels of leptin are what begin to release ghrelin.  When ghrelin is activated within the body, the hypothalamus will provide a trigger to the brain that the body needs fuel.

It’s believed that these levels of ghrelin and leptin can be triggered by things like stressor appetite, which is the desire for food based on a few factors, like how food looks, or whether other people are eating around you.

Hunger regulation is one of the biggest problems for someone who is trying to lose weight.  When our bodies start to lose stored fat, the chemicals and transmitters in the body mount a defence because they believe it could be the start of a famine. Chemicals are released that boost appetite and try to conserve energy.  This leads to a drop in metabolism as well as a boost in hunger or motivation to eat more.

Exercise is found to be the best at regulating the body’s hunger response.  The body fat that’s used during exercise is consumed as fuel, which is a controlled burn.  The body’s chemicals of leptin, ghrelin, and insulin are kept on an even keel.  All of this is regulated by the hypothalamus, which is always watching and waiting to read hunger signals.

There are two mechanisms that trigger a feeling of satiation.  One is in the brain, while the other is in the gastrointestinal tract. In the brain, the hypothalamus will tell the body that it’s time to stop eating.  It’s reported to the brain through chemicals and hormones.  Leptin is the chemical that tells the brain that the body is satiated.

The stomach and intestines are also on the lookout for a sense of fullness, which you feel as you eat your meals.  It’s believed that one of the best ways to reduce the chemical that triggers hunger is through exercise.  This leads the body to lose leptin at a slower rate.

The Hypothalamus and Weight Loss

When someone wants to lose weight, they could have a hard time due to problems in the hypothalamus and pituitary gland.  It’s important to see a doctor before trying to influence the chemicals in the body in any way.  You don’t want to make a bad situation worse if there’s a chemical imbalance due to a problem in the body.

Experts believe that you can reset the hypothalamus with the consumption of certain vitamins and foods.  They recommend B vitamins, which can help with metabolizing carbs.  Vitamin B in foods like chicken, fish, and eggs are thought to help, too.  At the very least, they’re foods that won’t ruin any of your diet plans.

Foods that have nutrients that increase nervous system function or improve mood are thought to be good for resetting the hypothalamus.  Essential fatty acids and omega-3s from fish and nuts are recommended in the diet.

When the chemicals, leptin and ghrelin, are regulated, the hypothalamus gland won’t send emergency signals to the body that there’s a problem.  This regulation is essential for keeping the body from becoming so hungry that you ruin your diet by making bad choices out of extreme hunger.

Overall, all these chemicals in the body, as well as hormones regulated by the hypothalamus, work together to tell you when you’re hungry or satiated.  Eating the right foods won’t leave you with a huge yo-yo of leptin and ghrelin production.

Next post: How Does Dietary Fat Intake Affect Obesity?