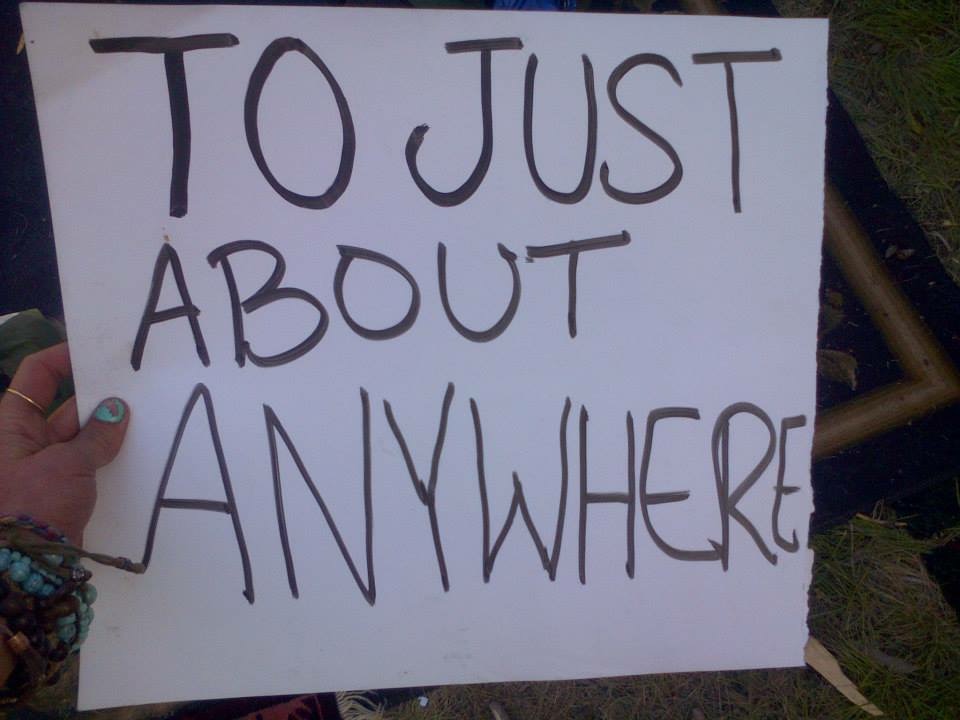 I’m sure we’ve all been warned by someone that hitchhiking is unsafe. The majority of people don’t feel comfortable sticking their thumb out on the side of a highway, or picking up someone they spot hitchhiking.

Personally, I think it’s ridiculous. As someone who has traveled over 20,000 kms using hitchhiking alone, and made tons of friends doing it, I have to say hitchhiking is my favourite method of transportation. Not to mention its totally free.

Now I’m not saying go outside and jump in the first car that pulls over, and I’m not saying that you’ll never experience an uncomfortable situation while hitchhiking either. I’m just saying that it’s not as dangerous as people seem to think it is, but it IS a heck of a lot more fun.

In hopes of getting more people out hitchhiking and more drivers out picking up hitchhikers (and in turn making it safer for everyone involved) I’ve compiled a list of rules that I like to follow in order to keep myself out of sketchy situations. Hopefully they can help you too.

#1. Have a plan in case anything goes sour

I was 17 years old when I started traveling, and not only that but I mostly travel alone (although I did get a pup in Virginia when I was 18!). Being a young woman, I needed to learn how to protect myself. I’d love to say I took a fighting class or something, but I am waaay lazier. Taking care of myself while traveling looked like this: I carried a cellphone… mostly. Even if the bill was not paid, you can still dial 911 for free. So hang onto it (and try to remember to charge it!!).

When I first started traveling, a friend also suggested this: Before you get into a car, take a photo of it, and the license plate. Send it to someone you trust, upload it to social media, whatever. Don’t be afraid to let the driver know, “I’ve taken a photo of your car and license plate, I message _____ when I arrive safely at my next stop, and if they don’t hear from me, they will know that yours is the last car I entered.”

This should be enough that any perverts or murdery people will drop any creepy or murdery plans for you!

#2 Have an exit strategy

If you feel unsafe at any point, you might have a hard time coming up with a reason to leave the situation without arousing suspicion, or offending someone.

My go to line is this – Oh *whatever town we’re passing* I have a good friend that lives here! I should stop and visit with them. I’m going to get out at this exit, I don’t mind walking down the highway if you don’t have time to take the off ramp.

#3 Don’t be afraid to try and intimidate them

Don’t threaten them or anything, that will really only make things worse. Just some friendly talk about how you’re embarrassed for being a girl and being so strong, or how you keep ‘accidentally’ hurting people.

“… anyway, I was kicked out of martial arts for hitting someone else so hard that I actually fractured their scull in three places. That’s sort of why I’m traveling. I didn’t mean to hurt him, I just thought he could handle it, he was a pretty big dude. I felt really bad when I went to visit him in hospital a couple weeks after the incident…” (not true but like whooaa not gonna mess with this girl, right?)

Don’t judge people or be rude to them in any way unless it is completely necessary (I really can’t think of a situation in which it would be).

While hitchhiking north through Oregon one time, a man picked me up… he was really nice and friendly, and then he started smoking meth in his car.

After about 15-20 minutes of small talk, it started with:

And then he proceeded to tell me he lost a bag of it in his car and about 20 minutes later realized it was on his lap… and then when the traffic went into one lane (construction, *sigh*), he started smoking his meth.

Honestly, I laugh at this story now. I was a little uncomfortable with the fact that he was driving and smoking meth, but he was a really nice guy and so I did not judge him for it.

I can think of a few ways that could have gone terribly had I judged him for it. I don’t want to pull a drive by here but some men can get very possessive, and a sense of entitlement can come out when they are upset, or feel rejected in any way. So I just rolled with it, and it turned out fine.

Sadly, I have been in worse situations than this just trying to make new friends in my hometown. *sad laugh while I think about my life*

You would probably think that this would be the least of your worries, but really hitchhiking at night is super dangerous, and doesn’t really work.

One time, I hitchhiked home from Toronto for like 8 hours (it’s just over an hour drive). I left Toronto around 7pm or 8pm (which is a crazy time to start hitchhiking) and got out of downtown Toronto just in time for it to get dark. I got a ride to maybe Milton or something after a few hours, and from there spent like four hours walking before a truck driver finally picked me up around 2am… our conversation went something like this:

Me *as I open the door*: “Thanks so much, I’ve been walking forever”
Him *surprised*: “You’re a girl!”
Me *crying on the inside*: haha yep
Him: “I thought you were a man! I didn’t see you till the last second. Why are you hitchhiking so late??”
Me: “haha nope! Just got stuck trying to hitch home!”

As a rule, I like to get off the highway by like 6 or 7pm! Occasionally, I will stay at an onramp a little later, and then if I don’t find a lift I’ll just crash in a field near a gas station or something so I can talk to people there the next morning to try and find a lift before picking up my stupid heavy pack!

If you have a friend who also loves to travel, and is willing to hitchhike, that’s probably the quickest way to make yourself safer. People are much less likely to attack a pair or a group than one individual. Keep in mind though, people are less likely to pick up a group of hitchhikers than an individual because they don’t want to be outnumbered (which is a smart thing to do on their part!)

My dog is my best friend and he’s an awesome travel buddy… on the downside, sometimes he will try to get into cars stopped at red lights while we are just walking, because he thinks they’re picking us up!

Basically, just be smart when you hitchhike. Treat people well and, from my experience, they will do the same.

Next post: Tips for Traveling the World on a Low Budget