Feathered Refugees – How Birds are Affected by Human Settlement 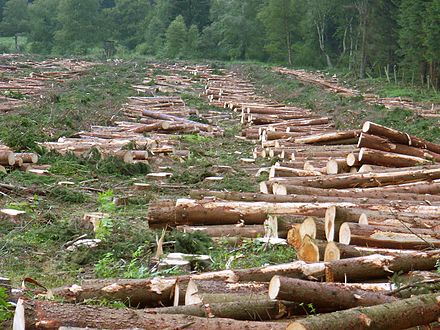 Driving down the road, you notice the old vacant field and scrub-land has a “for sale” sign on it.  Next time you go by, the sign says “SOLD.”  In a few weeks the bulldozers are on the scene.

Once upon a time, this was really the middle of nowhere.  But now, things are starting to change.  The town is growing.  That means you need a Walmart.  Or maybe it’s just a nice development; people need homes after all!

And it will be called “Twin Oaks” because there are presently two large oak trees on it–of course they will have to go–but it’s nice to give a ‘Tip of the Old Hat’ to what used to be there. Well, what does this have to do with birds, you may ask?

It’s kind of like this other thing that’s going on.  The refugee crisis is all over the news.  It’s hard to escape, even if you don’t watch the news.

All those people with nowhere to go.  Or at least that is the case for refugees who have actually lost their homes, through war, or persecution.

It’s more or less like that with the birds.

With all the challenges to our feathered friends, the one that really is hitting them hardest is loss of habitat. In other words, many birds have no place to live. When a logging or mining, or oil company starts building roads and cutting down the Amazon rainforest (I’m talking about the Amazon RIVER! not the thing on the internet!

Google “Amazon River” and the facts about this area will blow your mind) what we get is a whole bunch of feathered refugees.  Birds with no home anymore, like the hoary-throated spinetail (pictured below).

The big picture is, that lots of other creatures, including humans get pushed aside as well. In North America, every spring brings an influx of beautiful singing birds, waterfowl, hawks, and cranes, to name a few.

In places where we have cold, snowy winters, there are few birds who live here year-round.  The crows, jays, chickadees, finches, eagles, owls, and ducks, are some of the birds that are able to survive the cold.

Most of them eat seeds, or are able to find insects hibernating under tree bark.  Some eat dead carcasses.  Pickings can be very slim.

So, it really is incredible that we get these tropical and neo-tropical birds coming our way.  These birds are not “our” birds really, they are visitors, just here for the summer.

They come to nest and raise their young in a less-crowded space than back home in the warmer climates of the south. Warblers, for instance, live all over the world.  Many live in the warm climates through out the year;. They never migrate.

But statistically, it would be very difficult for them all to find enough territory to breed, and find food to feed their young, if they all stayed put.

Breeding birds defend an area which they stake out against others of their own species.  They need elbow room.

So let’s just say migration, as difficult as it is, works quite well for the birds. It is a special gift for those of us who live in the north, because we get to experience the beauty and song of these amazing creatures.

Not to mention the benefits they give us by consuming vast amounts of insects!  It’s a delicate balance!

So when the birds lose their homes in the warm places they call home, they have to try and squeeze into the very crowded area next door.  The competition for food and space increases. Some won’t make it. The case is similar for those birds using the old vacant place as their summer territory.  You know, the one that is now a Walmart with other box stores quickly popping up.

In winter, there won’t be many birds around that spot compared to what you will find in summer.

Depending on the terrain and the latitude, an area of a couple acres may provide habitat for many dozens of nesting pairs, and many more will use the area to hunt for food.

Different birds require different types of nesting habitat.  Some, like juncos or sparrows, need low shrubs to nest under.

Some nest in dead or dying trees, using the hollow spaces as a safe space to build a nest.  Some nest high in deciduous tree tops, some need evergreen trees.

Some prefer pine, such as the pine warbler, which spends most of its time hanging around pines, eating pine seeds and building its nest high in the pine tops, safely concealed by needles and pine cones.

The red-eyed vireo, builds a nest that looks like a woven cup, hanging from a branch, usually four or five metres off the ground. So what is there, in terms of plants and structures, determines how many birds will be using that space.

If there are unusual features–in terms of rare plants, or muddy banks for barn swallows, or an old factory building with a smokestack for chimney swifts–it could be a rare nesting site for a certain species.

All this to say that the old vacant lot, or couple of acres that was transformed by human development will result in the displacement of many bird species.

Birds return to the same area year after year.  The parents will often nest in the same little group of trees, or next to the same stream every year.

When the parents pass on, some of their offspring may well take over, as it was imprinted on them as the spot to return to, even if the nesting territory is taken for a while.

When the birds show up in spring, they won’t find the place they remembered.

If the construction of the development takes place during the breeding season, the nests, eggs, and young will be destroyed for that season anyway.

Then they have to go hunt for something similar, if there’s time that season, or when they return the year after.

But guess what?  All the areas around them might be taken by birds who have been using that spot year after year!

The birds of the vacant lot then become refugees, and will be lucky to find the right place that summer.  A generation of that species may well be lost.

If the parents don’t find something good to come back to the year after, that species will have lost some members, in that area, and in total numbers.

So it’s important to keep some areas undeveloped.  They serve a purpose.  Development is best undertaken in areas that are useless for anything else!  Barren wasteland type of places that have little to lose.

There are people who do bird surveys for a living.  I know a couple of them personally.

They are hired by logging companies for example, because some species are in such trouble they are on the verge of extinction, and if a breeding pair is found in an area destined to be logged, the company will not be able to log in the bird’s nesting area.

The Canada warbler is one such protected species, and has, no doubt, been the fly in the ointment for some loggers hoping to clear-cut.

I believe all developments should require a bird survey before the permits are given.  If we don’t do something to protect bird habitat, soon there will be no birds to protect.

Now, that is the problem in a nutshell.  In the next series of articles I hope to cover more of what we can do to help the birds!