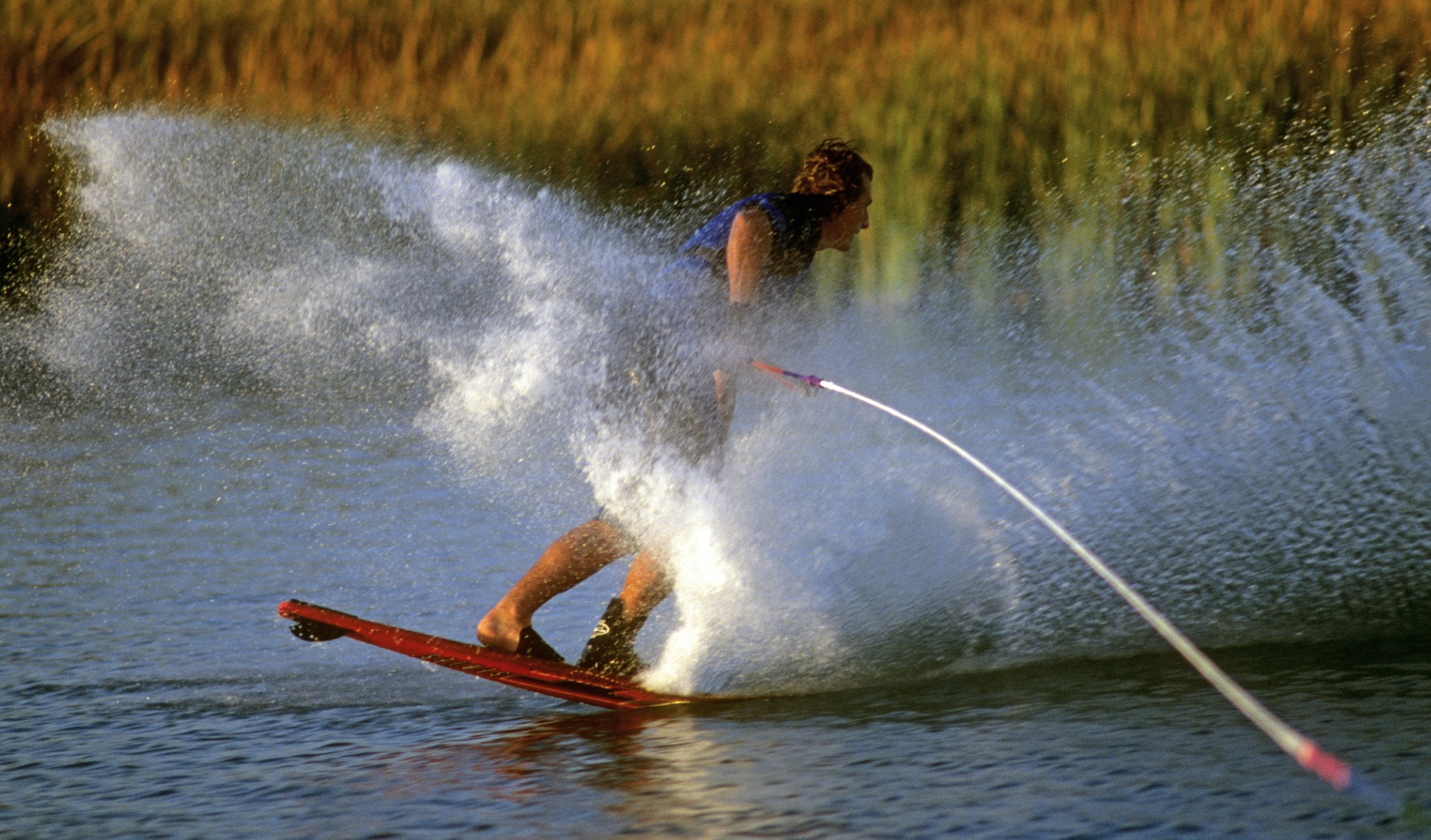 In the history of watersports and water skiing, we’ve seen some amazing moves and tricks.  For someone who has never seen a water skiing event where these tricks are on display, it’s usually a jaw-dropping experience.

Still today, professional water skiers are trying to break some of the records set by previous daredevil record-holders.  It’s an ongoing game of one-upmanship that the crowd always gets a thrill out of.

Therefore, this post is dedicated to the best skiing moves and tricks, but also to the record holders, and the potential skiers who are working hard and are dedicated to breaking them.

What I like about water skiing is that there are different styles and categories which only brings us, even more, tricks and moves.

Which move or trick amazed you and kept you thinking “how is this even possible?”

It’s most likely that you will find such tricks in this post, so sit back and enjoy remembering some of the best times in the history of water skiing.

There are hundreds of water skiing moves and tricks, yet there are over thousands of different names for them.  In other words, good luck keeping track!  All the same, here is what we have come across in our research.

Side slide might seem just like yet another simple trick, but it’s way more than that. It requires stability and strength to be performed.

Not to mention the professionals who even combined side slide with the front track or any other trick. It’s a trick that offers a big variation and that’s why it’s fun.

In my opinion, the best side slide in a combination with other tricks was performed by Chris Parrish. You could always see him start his slaloms with side slide, and even use it in a lot of situations since it’s a pretty versatile move.

Here’s a video of Chris doing what he does best!

Back wrap is a popular move which is a simple version of a back turn trick. If you are trying to perfect your back turn, yet you can’t ride it just yet, try focusing on a back wrap trick.

It’s a popular trick which most professionals started with, yet you can see them use it even today. Instead of turning your back fully, turn sideways as much as you can and get back to front. As you learn how to do back wrap, you can try and perfect riding it.

Some of the best jumpers such as Jaret Llewellyn or Freddy Krueger loved to warm up with back wrap, and even introduce it before doing a back turn during jumping.

Wrapped way go is one of the coolest looking water skiing tricks, but it’s also one of the tricks that are hard to perfect.

The trick is very similar to back turn, however, the cable offers a bit of support.

Wake jumping is one of the standard moves which is combined and involved in many other tricks.

By looking at someone who performs wake jumping, you won’t only be able to learn how good someone’s technique is but also how skillful someone is. Other than that, wake jumping is really cool when it’s combined with the side slide trick.

How cool is to see your favourite professional water skiers riding the wave sideways? The reversed side slide is one of the tricks that many have tried, yet a few have succeeded.

While it might look simple at first, the technique is very important. Keeping the hips moving instead of shoulders and keeping the most of the weight on the front leg will lead to successful side slide.

Bob LaPoint is one of the professional water skiers who always had combined side slide with some of the other tricks he had up his sleeve. Therefore, in my mind, Bob is one of the best performers of the side slide and actually using it to his advantage.

Side slide can also be performed as a reverse side slide.

To perform this trick, you’ll have to have a ski with a fin mounted backward. It’s a trick that has a beach start, wake cross, and the beach landing.

One of the best barefoot water ski professionals who performed back barefoot flip turn ski was definitely Ron Scarpa. He was also known as a Barefoot legend.

I’m pretty sure that his nickname and career started exactly with a back barefoot flip turn ski.

Needless to say, maximum speed is required and along with the precision and stability. It’s a hard trick to perform and it takes a lot of time to learn it, before practicing it.

Whip tick can also be performed in a long distance way which requires even more stability. Then it’s a combination of riding the back.

The best whip tick performer was definitely Jaret Llewellyn who was a stunning ski flier.

Water skiing has different types and categories which just increases the number of tricks we could see in the past few decades.

These might be some of the basic ones which lead to different variations and therefore, they’re the most important ones as well.

As mentioned earlier, there are thousands of names for some of these tricks and moves. While the most known ones are pretty straightforward, there are some tricks that don’t have one common name for them.

If you know for some other tricks who could make the list and were performed by some of our favorite professional water skiers, don’t hesitate to leave a comment down below!

What’s your favorite water ski trick? Which category does have the best tricks? Leave us a comment with your opinion, or feel free to ask any questions!