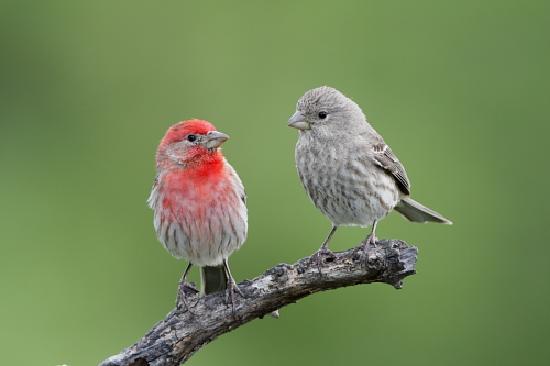 Let me ask you, how do you know when spring really is here?  Is it by the calendar?  Certainly, in the northern latitudes that is not really the best indication!

The official first day of spring might actually bring a snowstorm! Apart from the date, we all have our personal indicators of spring’s true arrival.

Signs That Spring Has Arrived

What is your sign that spring has arrived?  It might be that you put on shorts for the first time.  Further north, the retiring of the down-filled coat, or long-johns, or winter boots might be more appropriate.

One of my signs is a senior man in this rural community who likes to walk along the main road every day.

When I drive by and see Ronnie walking without a shirt, I know the temps are rising!  Spring is here!  He usually goes shirtless until September.

If you don’t have a Ronnie in your town, you have to rely on other signs.  If you are a gardener, the appearance of daffodils might be your sign.

The crocus peeks through the leaves, even if there are patches of snow remaining. The grass starts to turn green and if you mow, you get your mower out and see if it still works.

But for most everyone, one sure sign of spring is the return of the birds.

The welcome ‘cheerup’ of the American Robin, calling on a clear morning, even if it’s still rather cool, is familiar and comforting to those eagerly awaiting winter’s end.

Birdsong is beautiful, and fills the air as the migrants return.  Birdsong truly is the soundtrack of spring.

If you are willing to get up at dawn, you will get the best birdsong in full swing, as this is when they are active and advertising.

There may be so many birds singing at once, it takes some expertise to single out particular species in the chorus.  Birding by ear is yet another facet of birding to develop, and for most of us, quite a challenge.

Birds are very territorial, at least within their own species.  When the males are singing, they are staking out their territory, and letting other males know this spot is taken.

It also lets the females know there is a handsome fellow making an offer.  Since birds return year after year to the same area where they were born, land tends to stay in the family.

A couple is successful, if they are able to raise their babies to maturity each year.

If those same birds are lucky enough to migrate south, survive life on the wintering grounds, and successfully make the trip back north, (which is a lot of “ifs”) then, there would be too many birds for the same territory.

Each species needs a certain amount of land to stake out….enough land to provide sufficient food for their young, and just big enough to patrol and defend against other birds of their own kind.

Some birds hunt in the air, such as swallows and martins, who catch their dinner on the wing.  Flycatchers will often catch bugs by “hawking”, where they perch on a branch or a fence post, and wait for something tasty to fly by.

Others hop along the ground looking for crawlies.  Still others will specialize in leafy trees, others in rotten branches. Some like the tree tops, others like the low branches.

Then there is the division between the seed eaters like finches, and those who mainly eat insects, like the warblers.

So you can see that many kinds of birds happily get along in the same small area, especially if there is a variety of habitat available.  We can’t really separate birds from habitat.

Without habitat, the question of birds is not even valid.  If everything is miles and miles of cabbages or canola or soybeans or almond trees, it’s not a greatly diversified environment, and it will be very limited in terms of types of birds able to live there.

This is the basic answer as to why birds migrate in the first place.  The birds we know in the north, the migrants which arrive in the spring and leave in the fall, whether they be shorebirds or songbirds, are here for one reason: habitat.

The songbirds we see in North America are actually exotic species.  They are touristas, hailing all the way from Costa Rica, from the Caribbean, from South America.

We think of them as “our” birds, yet, they are actually on a temporary visa.  Our birds are the crows, the jays, the kinglets, finches and chickadees of backyard feeders.

They survive winter by digging out insects from decaying wood, eating dead animals, and hanging out at the bird feeders.

The warblers, many of the sparrows, the swallows, the shorebirds, they are all visitors.  They can’t make it here in the winter, it’s just too harsh.

They need to spend the bulk of their lives in a southerly clime, but they come here to breed.  Here in the north there is space.

The wintering grounds are very crowded, with all the tropical species who don’t migrate.  Yes, the rainforests supply abundant insects and fruit, but there is a lot of competition, not just for food, but for nesting sites.

Way up north is where the birds find room to raise a family.  Here they find no competition from our tiny population of year-round residents.

There are so many insects such as black-flies and mosquitoes during the warm months (don’t we know it!), the birds have no worries feeding the babies in the nest.

How Do They Do It?

So it makes sense that they take that perilous journey each and every year, in fact, twice a year.  How do they do it?  That’s for another article, but research in this field is exploding.

For me, the biggest question is how did they ever do it in the first place?  It’s kind of a succeed or fail for most of these species.

If the timing is not perfect, as some years it will not be, due to freak weather conditions for example, then the population can take a nose dive—literally—as they get blown off course, and the continent they were aiming for somehow wasn’t there.

Almost wiped out in one year.  It can happen and it has.  So how did they ever get this right the first time they did it?  How did they know?

That is more of a philosophical question.  Science can only guess.  However, the mechanisms of navigation—how they do it now—are starting to be understood!  More on that later, so stay tuned.

Next post: 7 Things You Must Experience in Mexico City