Arr Matey, Its The Top 5 Terrifying Pirates Of Em All! 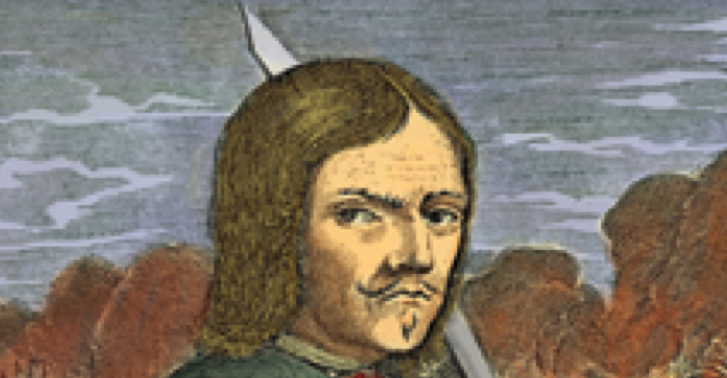 Pirates have been sailing around the globe for hundreds of years.  So, who do you believe reigns supreme for the most hated, the most villainous, and the most notorious pirate ever to set sail on the seven seas?

No, it’s not Jack Sparrow, or even Black Beard.

This is a list of 5 of the most terrifying men and lady pirates, (that is correct), who make these two look like saints.

Sadie started her criminal career as a New York mugger and became, famous for headbutting her male victims in the stomach, while her male partner would ping them in the head with a sling-shot.

She set sail after watching a small gang attempt to board a small sloop anchored in mid-river.  She offered her services, and a few days later, with her newfound crew, she commandeered a larger sloop, and set sail up and down the Hudson and Harlem Rivers flying the “Jolly Roger”.

Most famous for pillaging small villages, farms, and mansions along the riverfront, and selling and trading her findings for cash, she proudly wore an ear around her neck, which she bit off a tough female bouncer named Gallus Mag.

Reports of her making several men “Walk The Plank” are about the only confirmed occurrences of this ever happening on a pirate ship, despite being popular in movies and folklore.

After a few months of successfully raping the land of New York, the land-lubbers started fighting back with gun fire, so Sadie decided to call it quits and rejoined the streets of New York.

If Sadie’s antics didn’t make your eyes pop out of your head, perhaps this guy’s will.  Born in France to a poor family, he was an indentured servant in the Caribbean during the 1650’s. Upon completion of his service in 1660, he wandered around what is now Haiti, preying upon Spanish cargo ships.

In 1666, Francois entered what is now Venezuela and raped, pillaged, and burned most of the country.  He held its citizens for ransom and when that was paid, he continued his viral spree across the country, torturing men until he had taken most of the gold, gems, and other valuables available.

Torture was something this nutty pirate enjoyed. He was well known for slicing off large pieces of flesh from his victims, and tying a rope around their heads, which was tightened until the victims eyes popped out.

If that was not gruesome enough, it is reported that Francois took his cuttless and sliced out the heart of a Spaniard, which he gnawed on, and threatened the same fate to the others if they did not follow his orders.

If you thought the British were polite, fine-tuned gentlemen, you may change your mind after learning about this pirate.

Born in England in 1700, Edward was extremely poor.

He started his thievery at a very young age and one day, while working as a rigger on a sloop journeying to Honduras, he formed a mutiny and took over the ship.

Unlike most pirates, Edward liked to keep things small and simple, with an average fleet size of just 3 – 4 vessels and less than 200 pirates.  He is best noted for his brutal torture, which included tying the victims’ hands behind their back, and intertwining rope between their fingers, which he lit on fire, burning the flesh to the bone.

If that is not enough, after attacking a ship, he heard the captain had thrown a sack of gold out the porthole to avoid it being stolen.  He took his cutlass, sliced the captains lips off, which he then had boiled until tender, and force-fed them to the captain before killing the captain and his crew.

After capturing Gibraltar in 1669, Henry relentlessly tortured a Portuguese man after he told Morgan that he only had 100 pieces of 8.  The man was first placed in the “rack” and stretched until his arms broke. Morgan, who still did not believe the man, had ropes tied to the mans thumbs and big toes, which were then tied to 4 stakes placed far enough apart to conveniently suspend the man mid-air.  He was then beaten with sticks and bounced up and down yet still refused to confess.  A 200 pound rock was then laid upon the man’s stomach while still suspended, and palm leaves draped across his face and lit on fire.

This man must have been one tough bugger, as he still maintained his story of possessing only 100 pieces of 8.  Further torture continued until finally the man agreed to pay a ransom of 1,000 pieces of 8.  It is not known how long the man lived after this, but one can imagine his life greatly shortened.

The Exterminator, as he is commonly known today, Montbars quickly became one of the most ruthless, mad-men to ever sail the seas.  His enjoyment of torturing and killing Spaniards was unparalleled by any other pirate.

His most popular method of torture involved tying the Spanish soldiers to wooden posts scattered throughout the ship’s deck.

After a few days, Montbars would have the soldier held down while he slit open the abdomen, and extracted part of the large intestine.  The intestine was then nailed to the post, and the soldier was given a steel rod which had been heated in a fire.  The soldier then had to beat himself on his back with the hot end, and dance around the post until his intestines were completely removed or he collapsed.  Failure to die quickly by this method, resulted in the Captain beheading the victim.

These are five of the most gruesome pirates in history.  Were they mad or just trying to get their point across?  The period between the 14 – 18th centuries were, historically, the most gruesome of times, and account for some of the most horrific deaths and slaughters of humankind ever. Perhaps these men and woman were crazy, or perhaps they were just setting a precedence.  All I know is, I am glad I was not there.