All About Whale Watching 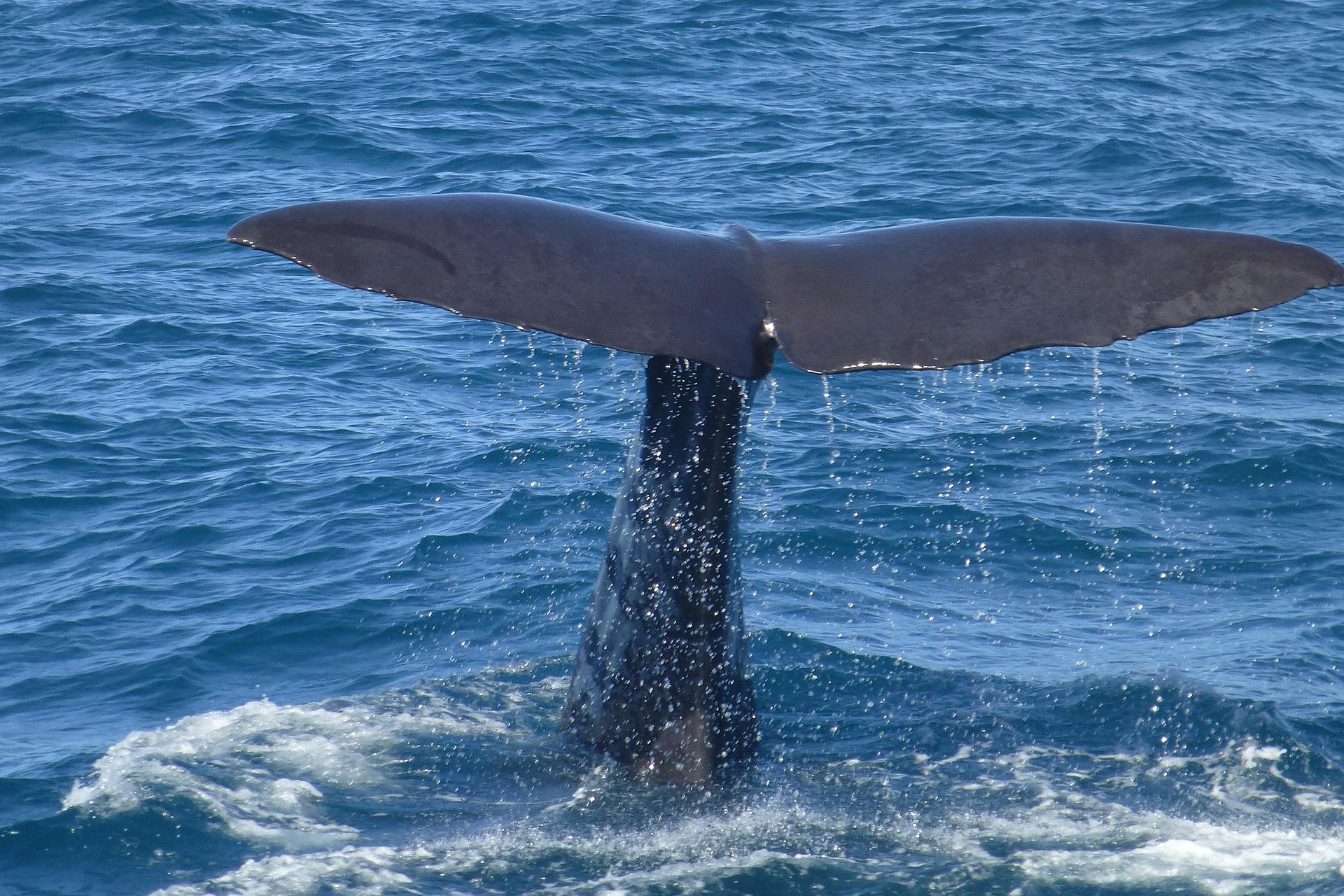 What is whale watching?  Whale watching is a pastime and a  form of tourism that aims to observe whales (also called cetaceans by scientists) in their natural environment.

This activity is more rarely referred to as “whale tourism”, but it is indeed a form of tourism as it attracts lots of people annually and consistently to various locations around the world.

According to a 2012 study, this activity, which has been booming since the 1990s, now contributes (directly or indirectly) to the tourism sector for more than $ 2 billion worldwide, making it the first economic activity dependent on cetaceans (whales).

Ironically, even in countries still practicing whaling, this activity seems to have become more lucrative than hunting.

Use the following table of contents to navigate the waters of this article!

From an activity reserved for a few scientists and some dedicated enthusiasts, the observation of cetaceans has become a temporary hobby than a tourist activity that has become so important that we speak today sometimes whale watching industry.

Some of the high growth areas of this activity are in developing or emerging countries (China, Cambodia, Laos, Nicaragua, Panama).

In 2009, it was estimated that 13 million tourists made trips to see whales, dolphins and/or porpoises in their natural habitat.

According to a study by Cisneros & al. (2010), this activity still has significant potential for development; several countries have not developed this activity although wild populations of cetaceans still live in their territorial waters.

If they allowed or expanded this activity, it could provide an additional $ 400 million (and 5700 more jobs), at the risk, however, of affecting the dynamics of certain populations.

Is Whale Watching Bad for Whales?

“Contact dive” with wild rays – It has been shown that this type of activity can significantly affect the skate’s environment, and its health (physiological changes are measured in these skates).

According to a review of the published scientific literature in 2012, the risk most often mentioned and studied is the disturbance of animals migrating, feeding or reproducing; observed cetaceans show behavioural changes, which are mainly changes in swimming and emergence behaviours, vocalizations, group shape or size, changes of direction and coordination in the group.

Cetaceans have a developed sense of hearing, including in frequencies different from ours; they depend on it for communication, navigation, detection of predators and potential prey (Würsig & Richardson, 2002).

The perception of underwater noise from the engines of ships, planes or helicopters induces behavioural changes in them, including in response to the movement of cetacean observation vessels.

The presence of boats inhibits biologically important behaviours (including feeding and resting according to many studies, with for many species “convincing evidence” of population effects including a reduction in fitness, that is, a decrease in the effective reproduction rate).

At medium or low altitude, planes or helicopters can also be a source of disturbance or disruption to animals. “The characteristic frequencies of aircraft engine noise are well within the frequency range of cetacean calls”, the level of pressure of the sound wave produced by an aircraft (even small) can be “extremely high (greater than 120 dB and 20 μPa at 1m)” and is therefore susceptible to deep penetration when it arrives perpendicular to the surface of the water.

Moving shadow over water could also be a problem (Richardson et al., 1995 Richardson & Würsig 1997). Finally, airborne noise may also introduce bias in the air counts; we know that aircraft noise often induces a response that is diving, but it is unknown what cetaceans perceive this type of sound out of water or under water, the role of vision or possible effects on vocalization).

Cases of injury or collision mortality between whale-watching vessels and animals are documented.
Changes in behaviour induced by human presence have an “energy cost” for the animal; especially for “swimming with cetaceans.”

Health risks exist for whales, susceptible to several zoonoses (communicable diseases between animals and humans). Approaching animals too much and stressing them increases the risk of transmission of microbes from one species to another.

This is especially true in so-called “cetacean swimming” tourism activities and when, for this purpose, operators scuba dive, or “pursue” cetaceans or attract them with food (“provisioning”), as at Monkey Mia in Australia, often illegally.

These issues are of concern to the International Whaling Commission and scientists including because humans themselves may be injured by animals that have become too enterprising, beggars or aggressive.

There do not appear to be any studies on the differences in blood compositions between wild cetaceans in frequent contact with humans and their counterparts.

But in rays (Dasyatis Americana) that are the subject of such tourism ( dives aiming at stroking rays), such changes have been observed, with markers of stress and immune depression not found in animals without human contact. There were also more injured animals.

This is necessary to protect species, and to limit the cognitive dissonance induced by this activity (which can paradoxically harm the animals we want to observe because we like them).

Many studies have shown that even in ecotourism, observing nature in large groups (“mass ecotourism”) and in a constant way can strongly disturb certain species, modify their behavior or even hinder their survival.

A study based on the observation of 3 dolphins suggests that if human-dolphin interactions are not too frequent (once a day) and that the dolphin remains free to participate, it may not change its behaviour (except increase the time spent playing with other dolphins after approaching the Man).

However, the authors themselves recommend using this take into account :
health risks (see above), safe for passengers, with the risk of injury to humans and animals, and even aggression on the part of animals.

In the common imaginary, these animals are harmless and are endowed with empathy that may lead them to “sympathize with and save men.”

But even if seeing them in their natural habitat is magical, we must not forget that cetaceans are wild animals, unpredictable, weighing hundreds of kilograms, even several tons. This risk is real and not to be underestimated.

The swimming exits take place in the open sea, sometimes with depths of several hundred meters.

To this must be added the stress of a confrontation with animals so big and impressive. Swimmers, often unaccustomed to such swimming conditions, may panic.

Most marine mammal researchers point to this activity and question its short- and long-term impacts on animal behavior and the fitness of these populations. Indeed, these studies show changes in behavior, significantly reducing the time spent on vital activities (rest, hunting, reproduction).

More and more research is being done on this subject, and the precautionary principle must apply for passenger safety and the conservation of the target populations.

Compatibility of Whale Watching and Whaling?

In the 2000s, several whalers’ political figures in the framework of international whaling committee meetings estimated that hunting could coexist with whale watching, but available scientific data concluded that that hunting actually hinders the development of whale watching, and may reduce the income of “whale watching tourism” in some countries.  No surprise there.

Whaling may even indirectly affect tourism revenues in general, as a result of “ethical boycotts of whaling sites by tourists.”

Our belief here at Beach Baby is that whaling is highly unethical, and should be banned worldwide.

Whales are important for many cultures since ancient times. They are of ecological importance because of the ecological niches they occupy and their place in the food web.

The observation of whales and the success of dolphinaria evoke a particular fascination of humans for cetaceans, and no one can be insensitive to an encounter with a whale.

Several authors note that the observation of cetaceans in their environment is a source for observers and society of immaterial benefits and carries educational and pedagogical virtues that could encourage an environmental ethic and an eco-citizen commitment that could perhaps compensate for the inconvenience caused to these animals.

Some authors consider these advantages not very important compared to the disadvantages generated by the development of these activities while others find them “priceless.”

Several studies have concluded that an educational component provided to tourists on board during whale watching sessions increases the level of satisfaction they derive from the experience or that this element is for them a part of the experience.

But other studies conclude that promoting whale watching may be detrimental to the species observed.

Thanks for reading this article.  Please give us your thoughts on whale watching, and if you have any experience with whales, please let us know in the comments below!

Next post: Auntie Maureen’s Quick Guide to Swimming on your Period