All About The National Audubon Society 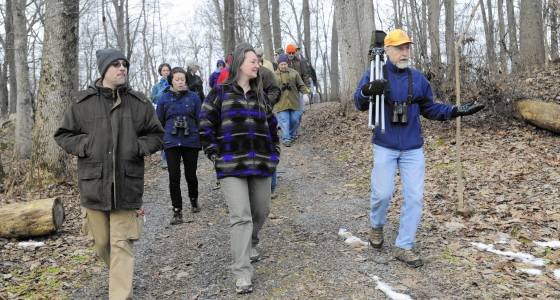 To ‘sing like a canary’ might be a familiar saying, but did you know that the discerning female canary can differentiate between a well-bred male potential suitor, and a more unfortunate specimen, who was the result of a bunk up between brother and sister?

In recent studies it has been suggested that, at least in the case of canaries, the more inbred they are, the more off-key they are, literally.

And the sharp eared females can tell the difference between their boys ‘doe ray me’s’ and the… err…. ‘don’ts’.

Depending on which ornithologist you wish to believe, you will get a variety of opinions on the matter.

This is just one of the fascinating feathery facts you can find by checking out the National Audubon Society.

For over a hundred years, this national association has been helping ordinary Americans get in touch with their inner birder, and become involved with birding, in all its forms.

With more than four hundred chapters nationwide, there is bound to be something operating in your locale, and new ways that you can get started in bird-watching, without feeling alone or isolated.

This national society was brought together in 1905, as a central organization, primarily concerned with the preservation and protection of water birds.  Predominantly it was egrets, herons, terns and the like, it focused on.

At the time, the fashions of the late 19th century had taken their toll upon the various bird populations of the United States.

Ladies’ tastes for hats with outlandish plumes led to a spike in hunting these beautiful creatures, and although this was not the only reason for their demise, it was a major contributing factor.

Bit by bit, at a state level, local Audubon societies sprang up, dedicated to protecting birds from hunters and other predators.

Ladies that lunched together were gradually converted to the cause of not wearing hats with rare plumes, and slowly, the fashion for bird feathers waned.

However, not before the endangered water birds were given a protected status (1901), and the ban on hunting and selling of these particular breeds was cemented in law.

Of course, this was just the beginning.  Far more than the conservation of water birds was on the agenda.

Today there are numerous refuges, sanctuaries, and centers run and managed by the Audubon society.

Nowadays, the Audubon Society does not just concern themselves with the protection of birds, although this is first and foremost in their thoughts.

WHO WAS JOHN JAMES AUDUBON?

Jean-Jacques Audubon was a French-American painter and ornithologist of the eighteenth and nineteenth centuries.

Born illegitimately in the French colony of Haiti in 1785, his mother died when he was very young, and his father, a sugar plantation owner, quickly returned to France, fearing the unrest in the country- obviously undeterred by such trifling matters as the French revolution and its aftermath!

The young Jean grew up near Nantes in France, where he did his best to ignore the fact the country was tearing itself in two, and chopping the heads off just about anyone they didn’t like the look of.

Instead, he threw himself into his first love, birds. Even at a young age the boy was making drawings and cataloging his feathery friends.

However, his father had other ideas for the youthful Jean, and sent him off to a life on the ocean waves.

Unfortunately, he failed to consider his son’s chronic sea sickness, and severe lack of enthusiasm for mathematics, navigation and all things boat-related.

Jean Jacques may have escaped a watery vocation as a naval officer, but he couldn’t completely escape history from catching up with him.

It was 1803, and the Napoleonic wars had come knocking. Jean was eighteen years old, and needed a way out of the inevitable conscription that would entail if he remained in France.

So his father managed to obtain a false passport for him, and a passage to the United States.

It was here that his burgeoning interest in birds blossomed into an all consuming passion, namely in the areas of Perkiomen Creek and Schuylkill River.

His famous ‘Birds of America’ is still one of the most fascinating illustrated texts.

With four hundred and fifty three life sized portraits of bird species of the United States.

The Birds Of America

As well as writing and painting the bird species that he found on his travails, Audubon (now known by the Anglicized name John-James) also is thought to have actually discovered twenty five new species, and twelve sub species.

He was also cited in Charles Darwin’s ‘The Origin of the Species’.

Pretty good for the lad of an unmarried chambermaid who couldn’t find his sea legs!

DATELINE  OF AUDUBON ACHIEVEMENTS THROUGH HISTORY

1886 – INITIAL AUDUBON SOCIETY FOUNDER GEORGE BIRD GRINNELL (PICTURED BELOW) STARTS SOCIETY FOR PRESERVATION OF BIRDS. WITHIN A YEAR IT HAS 39000 MEMBERS.

1900 – THE FIRST ANNUAL CHRISTMAS BIRD COUNT IS CREATED BY FRANK CHAPMAN, IN THE PUBLICATION TO PRECEDE THE FIRST AUDUBON MAGAZINE

1901 – THE AUDUBON MODEL LAW, PROTECTING WATER BIRDS AGAINST HUNTING FOR THEIR FEATHERS IS PASSED

1905 – THE NATIONAL AUDUBON SOCIETY IS FORMED

1913-18 – ALL MIGRATORY BIRDS ARE PROTECTED BY FEDERAL LAW

1943 – THE FIRST NATURE CENTER IS OPENED IN CONNECTICUT

1953 – THE SOCIETY ADOPT THE GREAT EGRET AS ITS MASCOT

1973 – THE ENDANGERED SPECIES ACT IS PASSED. PROJECT PUFFIN IS ALSO FOUNDED IN THIS YEAR

1988 – THE FIRST CONDOR CHICK IS BORN IN CAPTIVITY

1994 – THE BALD EAGLE IS NO LONGER ON THE ENDANGERED LIST

1998 – THE FIRST EVER GREAT BACKYARD BIRD COUNT IS HELD

Next post: Barely Legal – Exploring the Beaches of Cuba