About COASST – The Coastal Observation and Seabird Survey Team 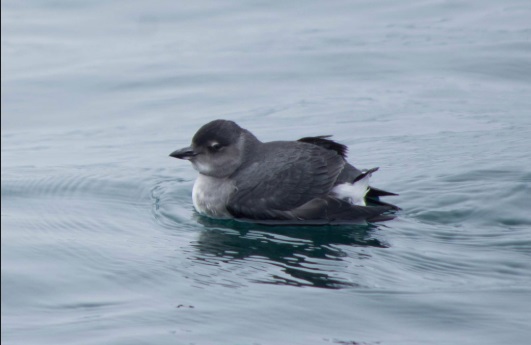 The Coastal Observation and Seabird Survey Team or COASST has been around for 17 years.

The team of volunteers is considered a citizen science project and the main hub of the program makes its home at the University of Washington.

COASST is a program that trains local people right in the home community. After the citizens have been trained, they promise to collect data from monthly surveys.

They choose based on where they want to provide value. They can basically collect info on local beachcast birds, evidence of humans using the beaches, or debris that comes from the marine environment.

The data that is collected is used to create a baseline to watch the changes that are occurring in the area. This lends real data to history, conservation, ecology, and management of resources.

History of the COASST

She did so after becoming frustrated with the limits of programs that would collect and provide data. She wanted more information in a timely manner.

That couldn’t be done with the limited resources of the normal agencies or universities. Parrish knew that there needed to be a program for monitoring seabirds.

If there was any hope of seeing patterns, they would need more data. Without enough data on birds in coastal Washington as well as others along the coasts, the data was flawed and incomplete.

She wanted to be able to develop a program that monitored live birds as well as carcasses. Between 1998 and 2000, the David and Lucile Packard Foundation awarded her a grant, and a program director was hired.

Who Participates in the Surveys

There are many volunteers from young children to retired senior citizens. The volunteers don’t have years of education, research grants, or specialized knowledge.

The volunteers all have a love of the coast as well as the passion for making sure that the coasts are cared for with the data provided.

Volunteers are called COASSters. They are people just like you who are walking their local beaches on a regular basis.

If you want to learn more about natural marine resources around your local waters, you can become a participant.

There are training materials and after a few hours of study and training, the volunteers are ready to head out with their supplies.

While the original program started in Washington, you don’t have to be a resident of that state to find a local training program. They’re available all down the coast from Washington to California.

There are also sister programs on the East coast of the US for those who want to participate in that area of the country.

COASST created a second field guide for those on the East coast of the US as well as Canada. There’s also another program meant to help start-ups in Argentina and Russia.

Julia Parrish and her new director, Dr. Todd Hass, worked together to create a guide for volunteers.

While the volunteers might not have years of scientific training, there’s nothing casual about their data collection.

There’s a rigorous protocol in place to ensure that volunteers’ data is all collected in the same way for comparison purposes.

The volunteers are meant to gather data on a variety of topics including the identification of bird carcasses that have washed up on the beach.

With over 100 species to comb through, the volunteers are correct in their assessment in over 85% of the cases.

What Happens to the Data?

While they originally wanted all this data in case of an oil spill, the information has been used in other scientific applications.

They’ve used the data to type for genetics in the Western Grebes to be listed as a threatened or endangered species.

The baseline has helped them monitor for avian influenza. The beached birds have helped indicate whether there has been climate change impacts.

If you’re curious about what’s involved in data collection, you can go to the website, which has extra supplies like downloadable data sheets for beached birds.

There’s also a paces per meter worksheet and a marine debris data sheet. There are videos to refresh a volunteer’s knowledge for this like taking bird measurements and measuring beach zones.

The data collected doesn’t just sit on a computer somewhere. It’s gathered into reports and news alerts. In 2014 to 2015, there was a massive number of bird carcasses in and around Pacific Beach, Washington.

Over 400 Cassin’s Auklets had washed onto the shore on that beach. Over 544 at Peter Iredale North, 145 at North Surfside, and 200 at Tsoo-Yess North. There were hundreds more over the year.

With the data collected as a baseline, scientists were able to come up with a few possible reasons for the mass deaths.

It ended up being a loss of food due to warming waters as well as storms and the amount of young birds finding less food. The entire update is available online in a PDF.

The COASST volunteers are so reliable that scientists use this data to inform their reports and assessments on many things including conservation.

It’s an interesting hobby for those who are concerned about the environment and habitats surrounding beaches.

Next post: The Bikini Body Myth | An Interview with Mandy Richardson