9 Most Dangerous Beaches In The World 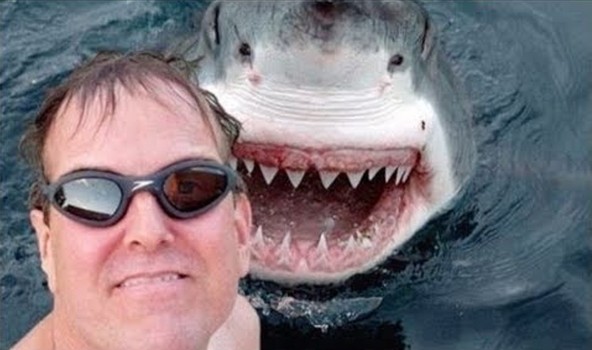 If you’re a thrill seeker constantly searching for your next adrenaline high, or maybe you just have a bit of a death wish, perhaps you should visit one of the following 9 most dangerous beaches in the world.

Beaches are normally where we like to go to relax – not die – but these beaches can be relaxing one minute, then the scene of utter carnage the next. Each of these beaches are dangerous for different reasons, ranging from sharks, to tides of toxic filth, to radiation, to birds that will try to fight you…read on to find out more!

While not a glamorous kind of danger, Chowpatty Beach is no less deadly for its claim to fame: pollution.

Deemed unfit for swimming, the beach features a variety of different pollutants, because if you’re going to be famous for being dirty, you may as well commit.

Check out this video from 2017 showing just how dirty this beach can get.

Not only does debris and scrap from salvaged ships appear on these rather unclean shores, but after the MV Rak, a cargo ship, sank off the coast in 2014, 300 tons of diesel and fuel oil entered into the mix, creating a massive slick and making environmentalists lose their minds.

Here’s a video showing the MV Rak going down. It was rumoured that possibly this sinking ship went down on purpose, because it was an old ship and insured so the company took on no losses from its going down.

That’s depressing enough to contemplate, especially because of the environmental damage it caused an area that was already in jeopardy.

Despite all this, however, every September locals celebrate the Hindu festival, Ganesha Chaturthi in the murky waters, to honor the god of beginnings, Ganesha.

You’d think that Chowpatty Beach could use a cleanup, right?  Well that has happened.  Watch this video to see the cleanup in action.

[ps2id id=’2′ target=”/]
At least an effort is being made to clean up this beach from time to time, since it has gotten a reputation for being the un-cleanest beach in the whole world.

Sticking to human-related dangers for a moment, let’s travel to Russia.

Shield Bay is considered by “Surf Atlas” to be a great surfing spot, but that’s only if you can overlook the potential for massive radiation poisoning.

In 2002 the radiation problem got so bad that a whale died after spending only a few months in the harbor, and the carcass was so toxic due to water exposure that it was considered a nuclear waste site in and of itself.

It’s up to you if it’s worth the risk, though, as the existence of the surfing permits implies, there’s still an interest.

[ps2id id=’3′ target=”/]
Up next, we head down to Australia for a beach that is both a cherished ecological spot, and a location of many unfortunate and tragic events…

It shouldn’t come as a surprise that Australia makes this list twice: with it having a reputation for being as dangerous as it is beautiful, it stands to reason that its beaches would follow suit.

Take Fraser Island, located just off the eastern coastline of this massive continent. It is the largest sand island in the world, larger than even Bribie to the south, but what Fraser Island is really known for are its dangerous creature inhabitants in and out of the water, and some deadly rip currents.

These creatures that you don’t want to tangle with include dingos, where there have been several dingo attacks over the years, specifically on Fraser Island.

Here’s a lady filming a dingo on the beach, where the dingo would appear to be not on the offensive. It looks cute enough, but you wouldn’t want to let your toddler play with it.

There’s also saltwater crocodiles, not to mention those strong rip currents, which in and of themselves are filled with their own unholy creatures like poison jellyfish likeIrukandji and Blue Bottles, plus poison octopi, and (of course) Great White sharks.

These rip tides have been known to drag people into the ocean depths with little chance of escape.

Despite the dangers that exist at Fraser Island, there are still many tourists who frequent the island, as well as the coastal region nearby, simply because of how beautiful and biologically diverse it is.

For example, many whale watchers venture there as it is the undisputed whale watching capital of the country.

Fraser Island is acknowledged as a World Heritage location by the Australian Department of Environment and Energy, and UNESCO.

We decided to reach out to the Visit Fraser Coast, a tourism company, about the possibility / dangers of surfing in and around this area, and general safety rules.

The island’s beaches are also un-patrolled so it is generally advised across the country to avoid swimming in surf outside of the flags. In saying that, the beaches are extremely beautiful and there are so many safe options available for guests to explore.”

The following video called “Fraser Island – What you need to know” is an interesting watch, and will hopefully help you decide if this island is worth it to you to visit.

Now that you know a few things about Fraser Island, it’s up to you to decide if you want to go there.

If you’ve been, leave us a comment below and let us know if you encountered any dangers.

Speaking of sharks, this South African beach on the Western Cape is right next to a shallow water channel commonly referred to as “Shark Alley.”

Gansbaai itself is known as “The Great White Shark Capital of The World,” because the creatures are attracted to a colony of 60,000 fur seals nearby.

But danger be damned- many tourists opt to see the terror up close and personal, by diving with protective cages and practiced tour companies.

Naturally, a beach located in “Volcano National Park” wouldn’t be the safest place for sunbathing and swimming.

Mount Kilauea is one of the most active volcanoes in the world, and has been continuously erupting since 1983.

The surrounding waters have been known to heat up to 110 degrees, a fact that keeps the mere two thousand residents of the tiny island away from surfing.

None of this should be a surprise, though, since “Kilauea” in Hawaiian literally translates to “spewing” or “much spreading.”

Though it seems impossible, there are still areas of the Earth where humans live virtually untouched by the rest of society, and North Sentinel Island is one of the last.

This attitude of non-interference is what makes the beaches of this beautiful forested island so dangerous.

In 2004, after a massive earthquake literally shifted a tectonic plate below the island, the Indian government attempted to check on the tribe via helicopter, but upon approach, the tribe rained down on the vehicle with rocks and arrows.

In 2006, two drunk fisherman were killed after drifting too close for comfort.

For a population believed to hover around 300 people, the citizens of this island are fiercer than almost any modern army.

The second of two Australian beaches on this list, Cape Tribulation, located in northern Queensland, certainly lives up to its name.

Tribulation means “a cause of great trouble or suffering,” and there’s no better word for the terrifying local creatures in this area.

In addition to the standard scary populations of jellyfish, snakes, and crocodiles we’ve come to expect from Australia, Cape Tribulation is also home to a startlingly high population of cassowaries, which are giant flightless birds in the emu family.

These birds, which can grow up to 160 pounds, are easily provoked and very aggressive towards humans they feel pose a threat.

Beaches of the Amazon, South America

The Amazon is known as one of the most biodiverse areas of the world, boasting over twenty-five hundred species of fish alone.

Because of this, there are bound to be a decent number of less friendly animals mulling about.

On this list are, of course, piranhas, the sharp-toothed fishies known for feeding on humans in dry season, as well as anacondas and electric eels.

Situated about 100 miles southwest of Madagascar, the island this beach is attached to became French territory in 1946, though it has been inhabited by mainly French settlers since the late 1700s.

Reunion Island abolished slavery on December 20th, 1848, a date which is celebrated yearly to this day.

The Island is characterized by its location above a hot spot on the Earth’s crust, its world-record rainfall, and its shark problem.

Since 2011, there have been sixteen shark attacks along its beaches, seven of which have been fatal.

This may not sound like much, but for context, there are only about 65 shark attacks reported yearly.

You’re more likely to die by a falling vending machine, or a car crash involving a deer.

With this rather large shark attack statistic, Reunion Island has seen a sharp decrease in tourism, which could really hurt the local economy.

In 2015 alone, surfing registration plummeted by 75%, which paints a rather terrifying picture of this once popular travel destination.