7 Things You Must Experience in Mexico City 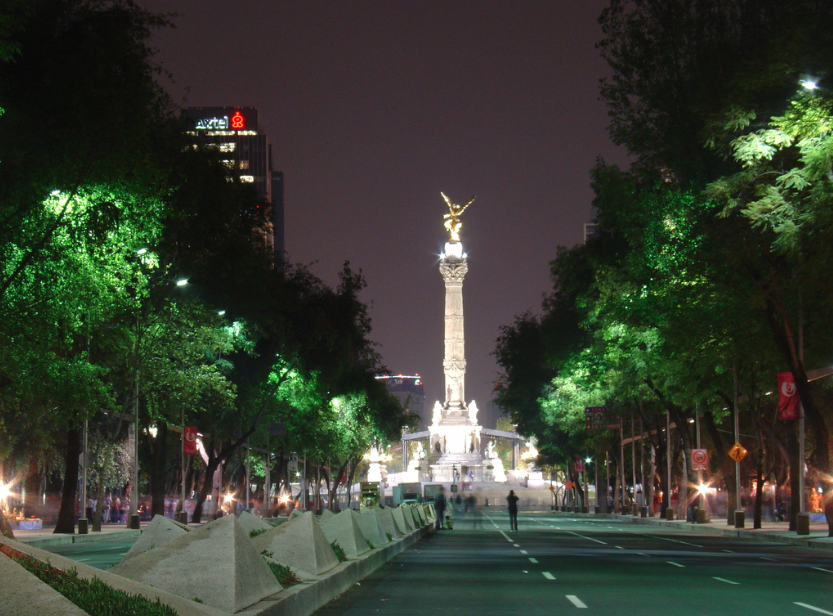 In recent years, Mexico City has become a playground for expats and tourists alike.

With it’s colourful architecture, late night parties, tasty street food, and cheap prices, it is no wonder tourists are flocking to the city.

While some areas of the city are not yet safe for foreigners, the majority of the central neighbourhoods in Mexico City provide an incredible lifestyle for expats and short term visitors.

Known as CDMX, Mexico City boasts several neighbourhoods that are worth exploring during your time spent in the green city.

With plenty of museums, cheap eats, street art, and historical buildings, Mexico City serves up the best of both modern and historical sights and experiences.

Here are seven things you must experience when visiting the colourful and vibrant Mexico City.

Frida Kahlo was an artist who changed the face of Mexican art in the 1920’s until her passing in the 1950’s.

After suffering from many tragedies over the course of her short life, including being hit by a street car and suffering from polio as a child, the artist began painting in her early 20’s after becoming bedridden from her accident.

Discovering her passion for art, Frida Kahlo has inspired thousands of people worldwide over the decades and her face has become an icon.

In the cosy neighbourhood of Coyoacan, Frida Kahlo resided in a blue house with her artist husband Diego Riviera.

The two artists were involved heavily in politics and created many masterpieces between the both of them.

It is possible to visit the home of Frida Kahlo, known as “The Blue House”, and discover much of her and Diego Riviera’s artwork.

With beautiful gardens, original furnishings, and her painting studio intact, it is possible to delve back into the 1940’s by strolling through the Frida Kahlo Museum.

Don’t forget to check out the clothing displays behind the house, as Frida Kahlo’s fashion was equally as inspiring as her artwork.

With incredibly cheap prices and some of the tastiest food in the world, Mexican cuisine has long taken the world by storm.

Known as having some of the best street food in the world, Mexico City is a haven for food lovers.

Whether you are looking to have appetizers, main courses, desserts, or drinks, Mexico City serves up some of the most unique and affordable street food in the world.

From street tacos covered with vegetables, sauces, and shrimp to empanadas, quesadillas, Oaxaca mole dishes, and fruit smoothies, the street carts of Mexico City serve up food all hours of the day and night.

Since Mexico City is a sprawling metropolis filled with immigrants from across the world, especially from other Central and South American countries, the cuisine has been greatly affected by this intake of other cultures.

It is possible to find Peruvian, Argentinian, Panamanian, and Colombian cuisines among many others on the streets of Mexico City.

Do A Walking Tour of the Historic Centre

One of the best ways to see a city is to walk it.

In the heart of the historical district of Mexico City, there are plenty of free walking tours that require a simple tip afterwards.

Generally lasting around three hours, these walking tours take you past some of the oldest buildings in the city.

Better yet, the information provided by the tour guides is often unique and quirky.

In the centre of the historical area in the main square known as the “Zocalo”, it is often not immediately obvious that all of the buildings are sinking and therefore tipped to one side.

Due to earthquakes and the ground sinking, a lot of the old buildings appear to be falling over.

Inside the main cathedral, it can be noted that the floor is not straight due to the tipping.

The guides will even point you to a cafe which will provide you with spectacular views from above of the beautiful architecture of the Museo del Palacio de Bellas Artes.

Walk Back in Time Through Teotihuacan

A complete mystery to historians and locals, the pyramids of Teotihuacan are considered one of the most mysterious and magical places on earth.

The Pyramid of the Sun is the third largest pyramid in world and can be hiked to the summit, providing incredible views of the surrounding area.

While historians don’t know what happened to the people who inhabited the pyramid complex, they do know that these pyramids were constructed around 200 CE and abandoned around 550 years later by the Mesoamerican people due to a disaster of some sort.

Many people from all over the world flock to the site during spring equinox, where it is said that the temples give off their highest form of energy.

Whether you are looking to experience something other worldly, explore the incredible creations of past cultures, or simply climb the third highest pyramid in the world, Teotihuacan will not disappoint you.

While it is located just outside of Mexico City, it is less than a one hour bus ride to the site.

The long avenue of Reforma is incredible, especially at nighttime.

With plenty of statues, flowers, and sculptures, the avenue is always filled with tourists, expats, and locals.

Serving as a great meeting place, Reforma is lit up at night by lights along the pathways and in the trees.

A truly magical site to see during the dark hours, there are many notable statues and sculptures located along the avenue.

The most notable is the Angel of Independence, a statue of an angel set upon the top of a large column.

At nighttime, the city light up the angel and the column base, ensuring she can be seen day or night.

After spending some time in the area, there are plenty of bars and restaurants to grab food and drinks at afterwards.

Laugh Along at Lucha Libre

Perhaps one of the quirkiest and most hilarious experiences to have while in Mexico City, Lucha Libre is a form of Mexican wrestling that has become known worldwide due to its hilarious antics and quirky costumes.

Each wrestler takes on a persona and generally comes out covered with an Lucha Libre face mask.

Over the course of a couple of hours, both men and women wrestle each other in a boxing ring while spectators drink, socialize, cheer on, laugh, and join in by wearing their own masks.

If you want an authentic experience, purchase a mask before entering the Arena Mexico and grab some drinks to fit in with the locals.

If you really want to get involved, learn a few Spanish phrases and yell them out alongside the locals!

While Chapultapec Castle often doesn’t look like much from the outside, it is a truly remarkable piece of architecture.

Located on top of a hill inside the vast park known by the same name, the views from the top of Chapultapec Castle are one of a kind.

With massive stained glass windows, rooms filled with original furniture, a museum with artwork and sculptures, and beautiful gardens, the castle has plenty of places and rooms to explore.

Spend some time in the gardens outside taking in the views from each side of the city.

While the castle is a small climb up a winding hill, the views are completely worth it once you reach the top.

You can even see all the way down Reforma and spy the Angel of Independence during the daytime.

While there are plenty of museums to explore, upscale restaurants to check out, and parks to relax in, these seven experiences will allow you to feel more like a local.

With these experiences, you will leave Mexico City with a deep understanding of the history, culture, and modern day customs and way of life.

Next post: Things To See & Do In Port Dover, Ontario!